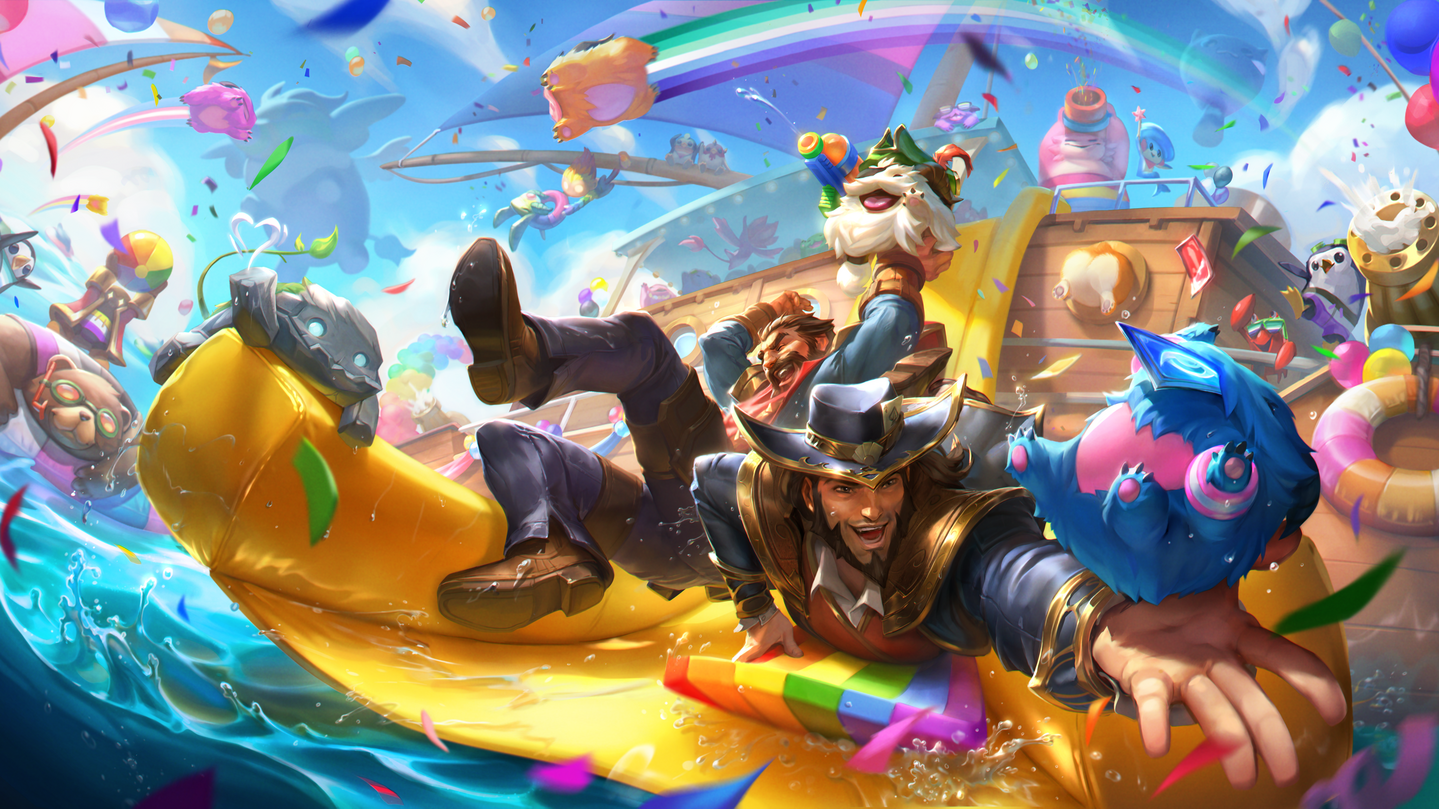 Pride Month is here! Pride is a time to come together, celebrate LGBTQIA+ communities, recognize the progress we’ve made, and continue working toward creating inclusive spaces for all people.

Players and Rioters come from a wide range of diverse backgrounds across many different communities and we’re excited to celebrate Pride together, both in-game and out.

In 2018, we introduced the Rainbow Fluft giving queer players a permanent representation of their identities while they play. Over the years, our Pride collection has only grown, with new icons, emotes, and artwork to represent more and more unique identities. We’re committed to making our games, and gaming in general, a more inclusive space for all LGBTQIA+ communities. 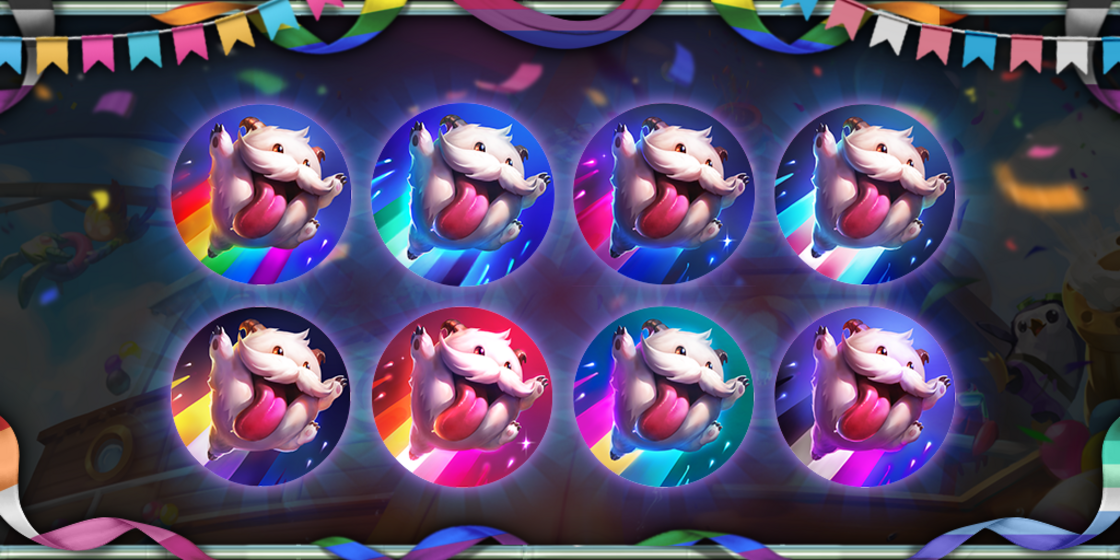 We’re excited to celebrate Pride across our global offices and can’t wait to see you all celebrate Pride in-game. We’ll give you a sneak peak of what you can expect throughout Pride but make sure to check out leagueoflegends.com for the details on what’s coming to League of Legends, Teamfight Tactics, Legends of Runeterra and Wild Rift. VALORANT players will need to check out playvalorant.com for the exact details on everything available and how to get it in game.

All of Riot’s games will be celebrating Pride with their own unique content. Most of the content will become available tomorrow, June 1. You can expect new icons, new trails, new player cards, and plenty more across our games. Also keep your eyes out for celebrations in many esports leagues as regional broadcasts and events will see Pride throughout.

We want all players to feel their identities are represented. No matter where you live, who you are, or who you love, we want to make sure you can see yourselves while you play. Our champions and agents have their own identities which are representative of our globally diverse playerbase.

As the month goes on, make sure you keep your eyes on the sea’s horizon, you may just spot two of Bilgewater’s finest heading towards the port with their own stories to share. 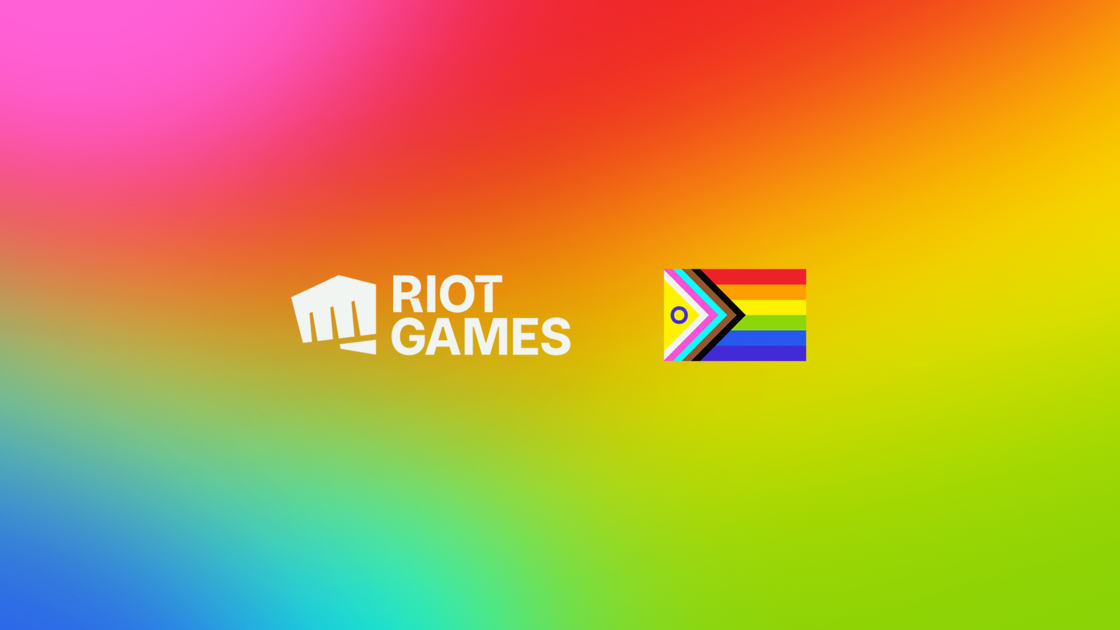 Rioters Around the World Celebrate Pride

Rioters come from a wide range of diverse backgrounds. We are dedicated to making sure Riot is a welcoming and inclusive place to Rioters who are part of LGBTQIA+ communities. While this will always be an ongoing mission as we strive to be better, we are humbled to be recognized by the Human Rights Campaign as one of the Best Places to Work for LGBTQ+ Equality in 2022.

This year, our offices around the world will be celebrating Pride in their own ways. Rioters at our main campus in Los Angeles will be participating in the West Hollywood Pride Parade. Los Angeles, along with a handful of other cities, held its first pride parade in 1970 to commemorate the one year anniversary of the Stonewall Uprising in New York City. Over the years, pride parades have grown in size and expanded around the globe. In Los Angeles, the pride parade has become an annual tradition for Rioters and we’re excited to be back walking the streets with other Rainbow Rioters this year.

Rioters in Brazil will be showing their Pride in major esports events and will be putting on a series of tournaments featuring players from LGBTQIA+ communities. The first tournament will be broadcasted in June with League of Legends, then VALORANT and Wild Rift tournaments will go live later this year.

Around the world, Pride is celebrated at different times throughout the year so Rioters in our offices across Europe, the Middle East, and North Africa will be holding a Virtual March for Pride from late June through August. The second year we’ve held the event, the Virtual March for Pride encourages Rioters to take part in activities focused on physical, mental, and social health. When they do, they earn points which convert to charity donations supporting our charity partner ILGA-Europe, and can also be redeemed for Pride swag.

Be sure to check out our social channels to see how all our offices are celebrating Pride this year. You’ll see fan art, new stories, and plenty more throughout the month.

Remember to be on the lookout across all our platforms for more details about the new cosmetics and how you can rock them in game. We can’t wait to celebrate with you!