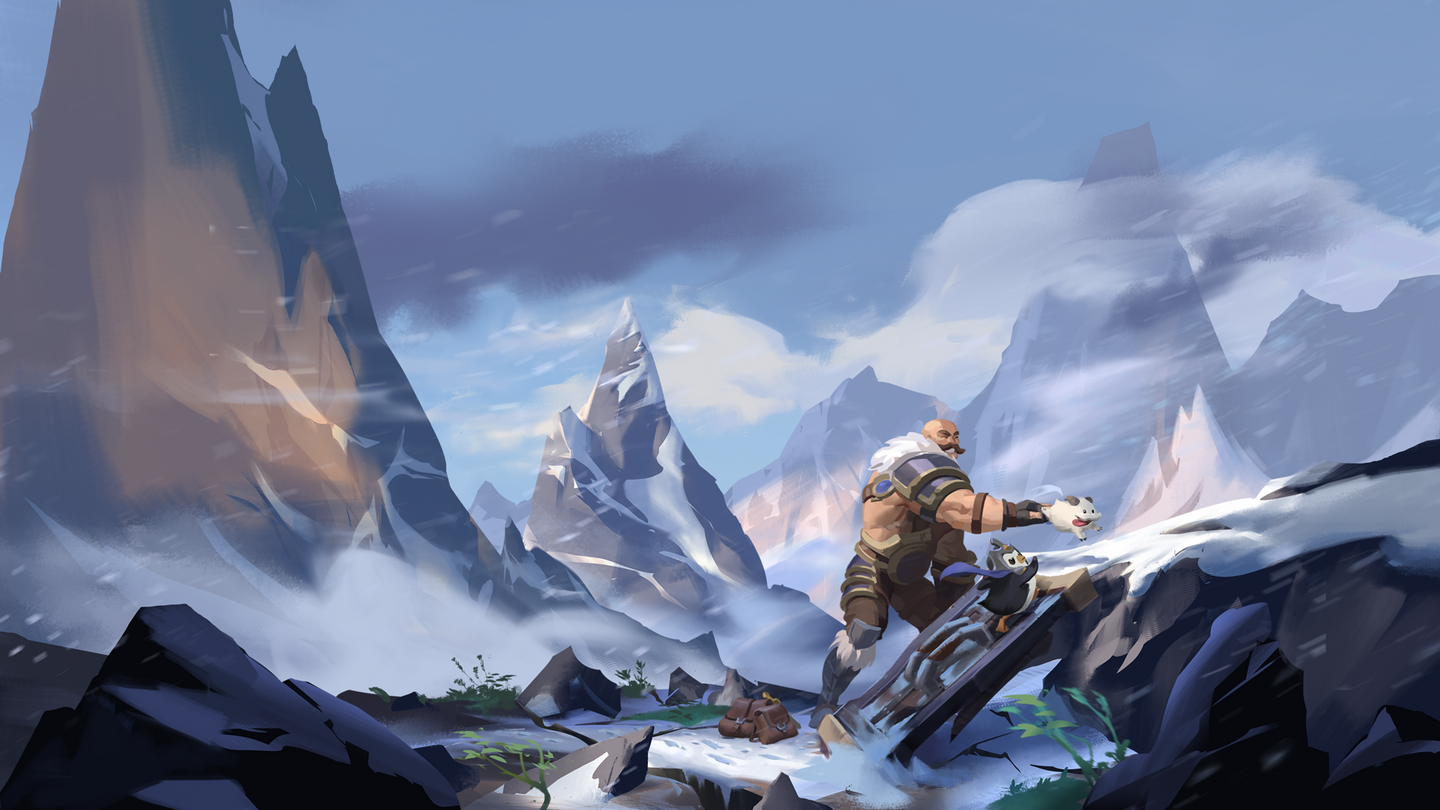 Over the past decade, Garena has been instrumental in growing the League community and we’re thankful for their partnership. With Riot’s growth and expansion into a multi-game studio, we are continuing to focus on serving more players around the world and especially in the Asia-Pacific regions. With that in mind, we’ve decided to end our partnership with Garena and self-publish our games across Asia-Pacific. We have already been self-publishing VALORANT, Legends of Runeterra, and League of Legends: Wild Rift in the region, and soon, League and TFT will join them.

To ensure players are getting the best experience possible, we have been ramping up our presence in Southeast Asia, which is home to some of the most passionate players in the world.

Our new structure in Asia Pacific will see us expand our efforts in countries we already publish in like Japan and India. In addition, we are also in the process of establishing new local offices in key countries including the Philippines, Thailand, Indonesia, and Malaysia. Players in these countries can look forward to having a dedicated Riot office focused purely on creating hyper-local experiences by tailoring our games to audiences in each country and the region as a whole.

What does this mean for players?

We’re excited to integrate players from Southeast Asia deeper into the Riot ecosystem. That includes everything from large in-game events and cross-product campaigns, to fan-favorite policies like art for RP, and so much more.

Players will also have access to Riot publishing services like localization, billing, and player support which will help to improve players’ experiences in impactful ways.

How the Migration to Riot Will Work

As part of the publishing transition, Riot is launching new League and TFT servers across key Southeast Asian markets in January 2023. Garena servers will also cease operations at that time. To ensure that players transfer and retain their existing account data in time, Riot and Garena are working closely on an account migration process that will open for all on November 18, 2022.

A full account migration tutorial and FAQ is now available on the Account Migration Microsite. Players are encouraged to migrate their accounts as early as possible to enjoy the full Riot experience with minimal disruption. The earlier you migrate your account, the more welcome events and rewards you will receive!

This means that once the season starts for League 2023, players will be ready for the full Riot experience. With so many talented players in the region, the race to be the first player in Southeast Asia to reach the Challenger rank will be a fun one to watch.

Our goal is always to provide the best player experience possible and we are excited about this next chapter for League and TFT in Southeast Asia. Once the transition is complete, we will have many more opportunities to bring the Riot experience closer to players in the region.

1. When does Riot’s contract with Garena end? When will League officially be taken back by Riot?

Our contract with Garena will end in January 2023. We will take over League and TFT publishing in Southeast Asia (Philippines, Malaysia, Singapore, Taiwan, Hong Kong, Macau, Thailand, and Vietnam) once the contract has ended.

2. How can I play League/TFT moving forward? What do I need to do?

Both League and TFT will be available through the Riot multigame client, a single sign-on platform where all existing Riot games are housed. The multigame client is automatically available when any Riot game is downloaded.  To see a full list of our games, players can go to www.riotgames.com.

3. I am based in Southeast Asia, but currently play on servers outside of the region (Europe, Japan, North America etc.). Can I transfer my account to the Southeast Asia (SEA) server?

Yes, players based in Southeast Asia, but playing on accounts outside of the region, will be able to transfer their League accounts to the SEA server. However, this is a one-way transfer only. Accounts from other regions can be transferred to SEA, but cannot be transferred out once completed.

4. What does a transition mean for my account ranks and purchase history?

We want to ensure that players can retain their account data, so Riot and Garena are working closely on an account migration process. Players can follow the tutorial on Account Migration Microsite to migrate their Garena account information to new or existing Riot IDs.

While we’re aware that the transition may come with its hiccups and pains, we ultimately want to provide players with as smooth a transition as possible. Therefore, we encourage players to migrate their accounts as early as possible.

We intend to help players retain key account content, such as emotes, skins, champions and in-game currency through the migration process. Some of these items include but are not limited to:

Our Player Support teams are also on hand to troubleshoot and support players. Early migrations will also allow players to participate in a host of welcome rewards and events.

5. Will I lose my Garena League account amidst this transition?

Once the transition period concludes, Garena League accounts will no longer be active. However, players can migrate from their Garena account information to their new or existing Riot IDs by following the account migration tutorial and FAQ now available on Account Migration Microsite.

6. If I don’t transition my account before December 31, what happens?

We encourage players to embark on account migration as soon as possible before servers relaunch in early January 2023, to ensure a smooth transition. In the event that account data is not fully migrated, compensation will unfortunately be unavailable for the loss of account data.

We highly encourage players to link their account by the end of 2022 to ensure a smooth transition of their game data to their Riot accounts. That said, our top priority is catering to as many players as possible during this transition and you will still be able to migrate your account even after Garena closes their servers in January 2023.

7. Can I convert my unused Garena Shells to Riot Points?

This transition brings about new game servers and monetization methods to ensure that players receive an authentic Riot-published gaming experience. To that effect, Garena Shells will not be eligible for conversion to Riot Points but can still be used on other Garena games.

8. Who do I go to with my player support questions?

9. In what ways will the Riot League/TFT experience differ from Garena’s?

Our goal is to provide League/TFT players in Southeast Asia with the same in-game experience as other League regions. We also aim to provide the meaningful engagement players have come to expect from Riot both online and offline through in-game campaigns, ease of accessibility to cross-franchise events, and exciting out-of-game experiences including community activities and regional Riot-operated League esports.

10. What benefits do players stand to gain from migrating all accounts under one Riot ID?

Players can look forward to a suite of exciting welcome events and rewards, access to regional Riot publishing services including Localization, Billing, and Player Support, as well as local marketing activations and partnerships. In the long term, players can expect to enjoy deeper content integration within the Riot ecosystem, with exciting in-game campaigns and cross-franchise campaigns to enjoy. Our goal is to provide players in Southeast Asia with the best player experience possible by opening access to the same in-game events and content as other League and TFT regions.

11. If I already have a Riot account to play VALORANT, Wild Rift, or Legends of Runeterra, will this change impact me?

If you have an account to play any of our other games, you will be able to transfer your Garena account to the existing Riot ID. Transferring your account should not have any impact on your existing account and data in our other titles.

12. Will Riot be compensating players for loss of purchase history?

It is our goal to maintain the smoothest in-game experience for players through this transition, and this includes carrying over purchase history through the migration.

However, we recognize there may be a narrow window of adjustment where player data may not be migrated effectively. Our Player Support teams are on hand to troubleshoot and support affected players.

Unfortunately, because purchase history is tied to Garena services, we will not be able to provide compensation for the loss of account data. However, we acknowledge the impact this has on your progress and will have a host of return rewards in store for those of you who return to League SEA with newly created Riot IDs.

13. Will Riot be working with local publishing partners in Vietnam and Taiwan?

Yes, we will be announcing our local publishing plans in Vietnam and Taiwan at a later date. So stay tuned for the latest news by following our Facebook channels for League and TFT.

14. Will Riot continue to use the same payment partners that Garena offered?

While there may be slight variations, APAC League players can utilize the same payment methods currently available for VALORANT here.

15. Are there any price changes with the transition?

As part of the transition, we will be reviewing regional pricing for League/TFT to ensure parity with that of other regions’ services.

16. Will Riot take over League esports from Garena too?

Yes, as part of the transition Riot will continue to operate the Pacific Championship Series and will regain ownership and operations of the Vietnam Championship Series. We are thankful for Garena’s partnership in helping us grow the League esports ecosystem.

This transition will help provide League pro teams and fans with the most exciting and entertaining esports experience possible. We will share more information about esports in the future.