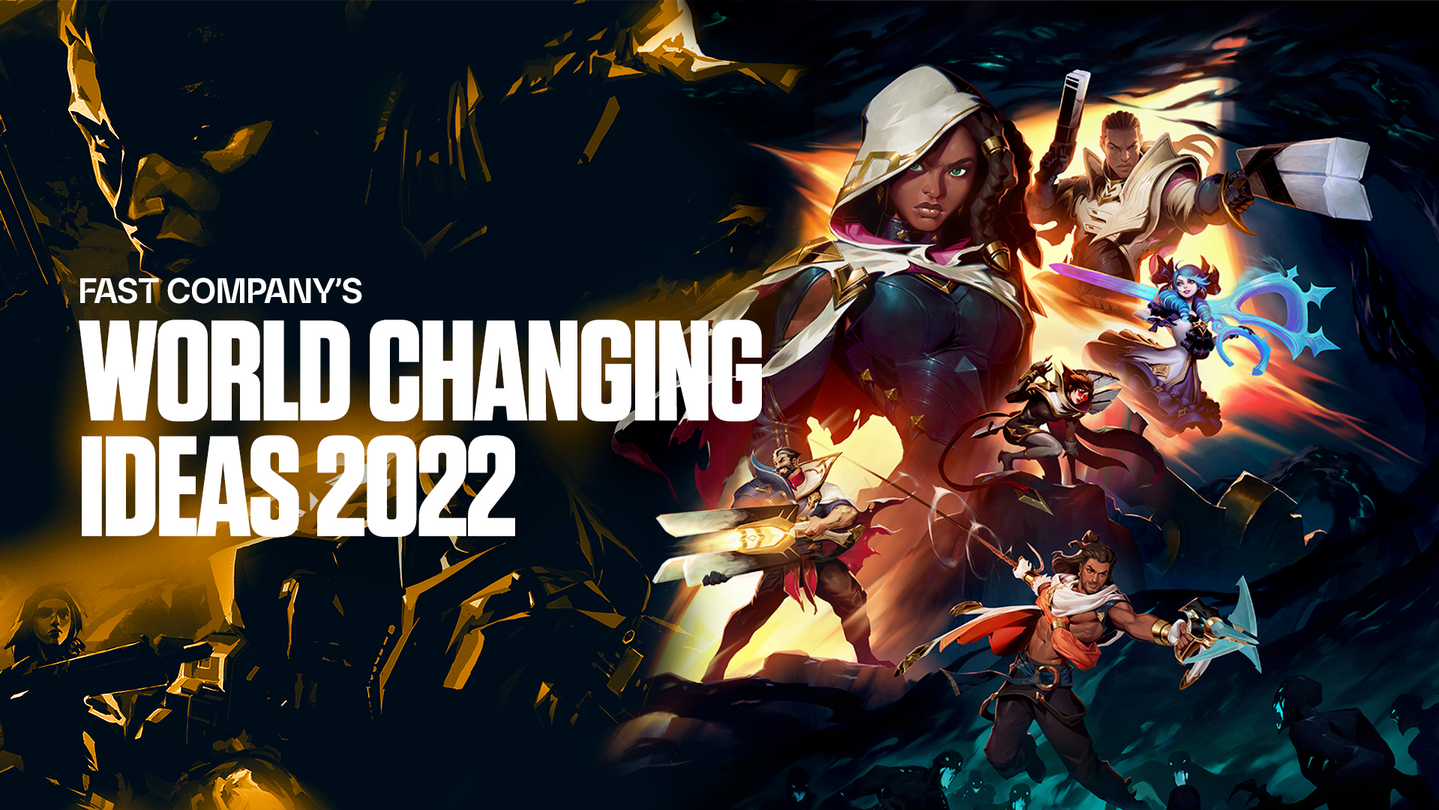 Two of Riot’s initiatives have been recognized on Fast Company’s 2022 World Changing Ideas List. The list is an annual recognition of how companies and individuals are tackling some of the world’s most pressing issues. We’re honored to be recognized in both the Media and Entertainment category for VALORANT Game Changers and the Corporate Social Responsibility category for the Sentinels of Light social impact campaign.

Sentinels of Light, the largest in-game fundraising event set in the League of Legends universe, was named an honorable mention in the Corporate Social Responsibility category. The campaign, which ran in 2021, saw nearly 15M players purchase a bundle featuring Sentinel Olaf. In all the campaign raised $5.8M for our Social Impact Fund that directly funds charities working to solve the world’s most pressing problems.

As part of the Sentinels of Light campaign, players had the chance to nominate nonprofits and charities important to them. Over 19,000 players nominated an organization and 30 were chosen across 18 countries to each receive $10K grants.

VALORANT Game Changers, our global program that creates new opportunities and exposure for women within VALORANT esports, has been named a finalist in the Media and Entertainment category.  More than 40% of VALORANT’s players identify as women and Game Changers is designed to make sure the esports scene facilitates access and provides exposure for underrepresented groups within the community.

Since its inception, Game Changers has put on more than 40 events around the world, awarded hundreds of thousands of dollars in prizes, and seen dozens of esports organizations sign women’s rosters. Additionally, for the first time this year, all the regional programs will converge into a single Global Championship, where the best Game Changers teams from around the world will compete for glory. We’ve learned a lot from the first year of operating the program, and our ultimate goal is to see all genders represented across every level of VALORANT competition.