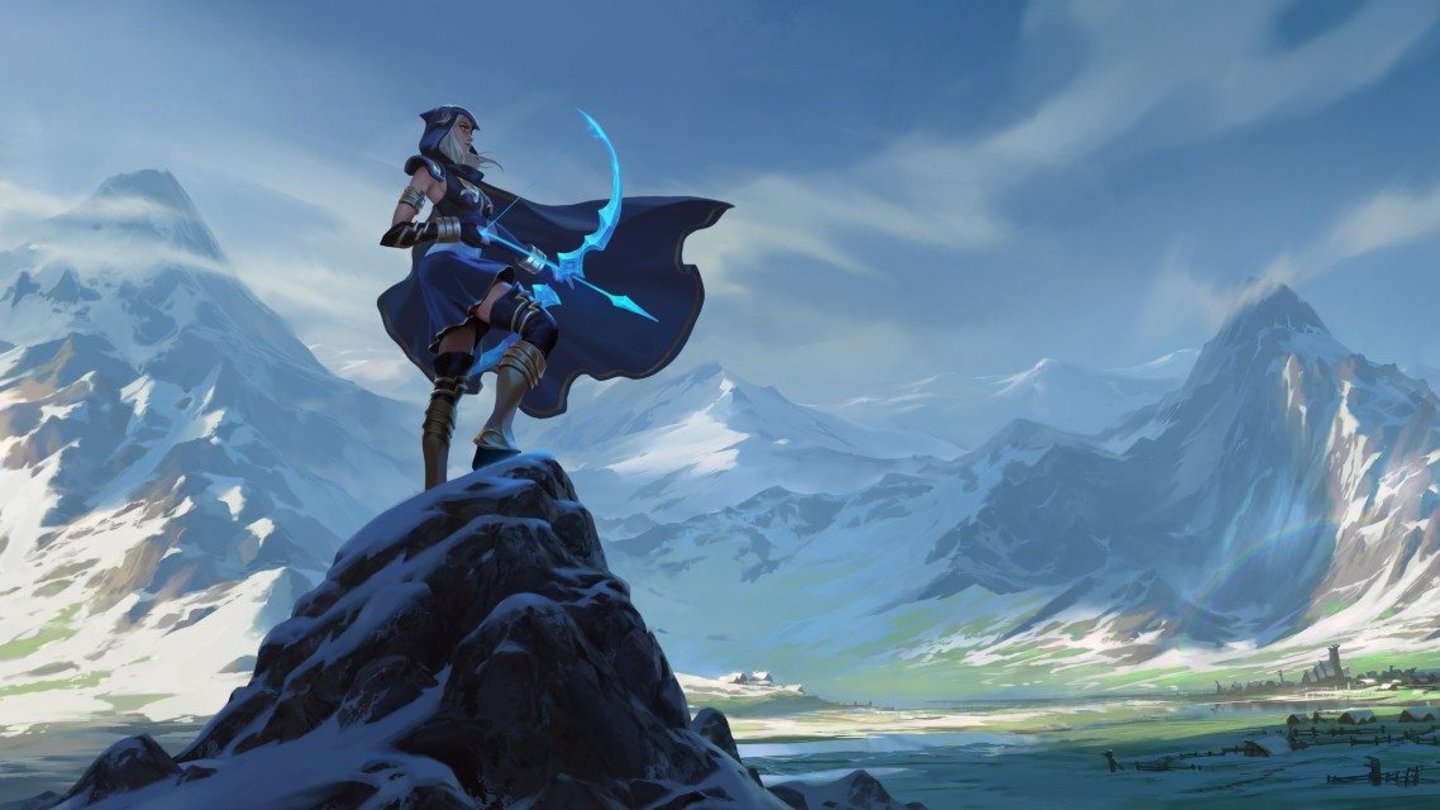 Every company finds itself facing change at some point in its life-cycle. My time at Riot has been defined by change. Today, many of us are facing immediate changes spurred by the global coronavirus pandemic. It’s challenging (and rewarding) to navigate change as a leader, and I’d like to share a few of the lessons that have helped me stay on track during times of change, with my hope that they can help others through these extremely difficult times. 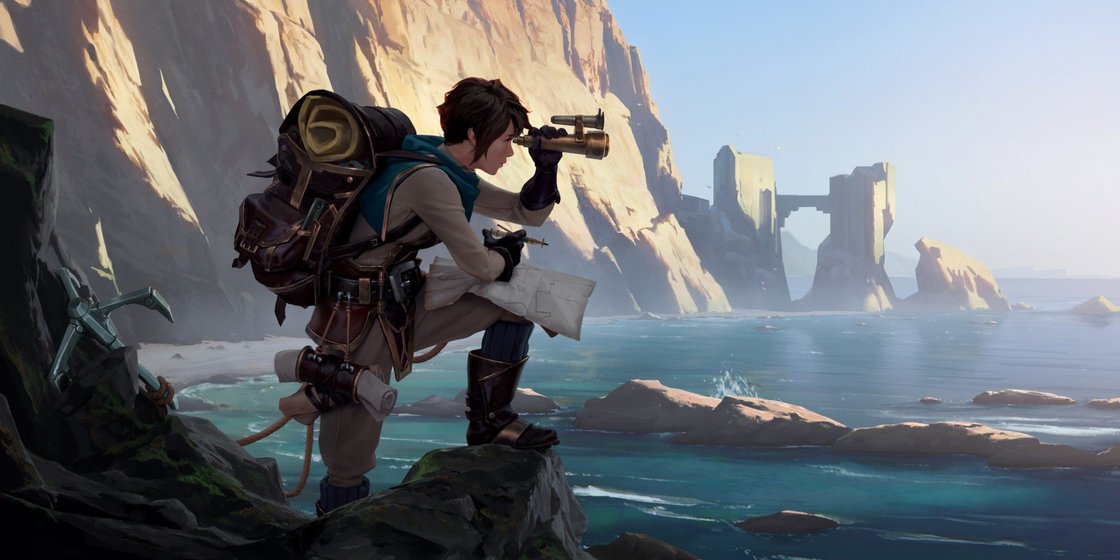 Ever since I joined Riot five years ago, I’ve known Riot to be a wonderful, entrepreneurial company that was experiencing growing pains. Every Rioter (employee) is deeply passionate about our mission, and we try our best to move as fast as possible to keep up with the ever-increasing needs of highly engaged and demanding players. As a result, Riot is always in some state of evolution and change -- major growth, new markets, new game modes, culture change, etc. All changes, big or small, create challenges, questions, stress, confusion, doubt, distraction, and most of all, opportunity.

My first real experience with the difficulties of driving change at scale was when we saw an opportunity to create a central platform group -- a necessity to ensure we were able to deliver new games to players. I was tasked with leading the creation of this group that everyone would depend on -- at a company where independence and autonomy were deep in its DNA, and any centralization was seen as an obstacle. It was an uphill battle from the start and my team faced numerous challenges at every turn. Moving away from what is familiar, even to grow or improve, is hard for any business. Many people told me it couldn’t or, worse, shouldn’t be done, that this would hurt the company and slow us down. There were many days when I was so frustrated I nearly quit. 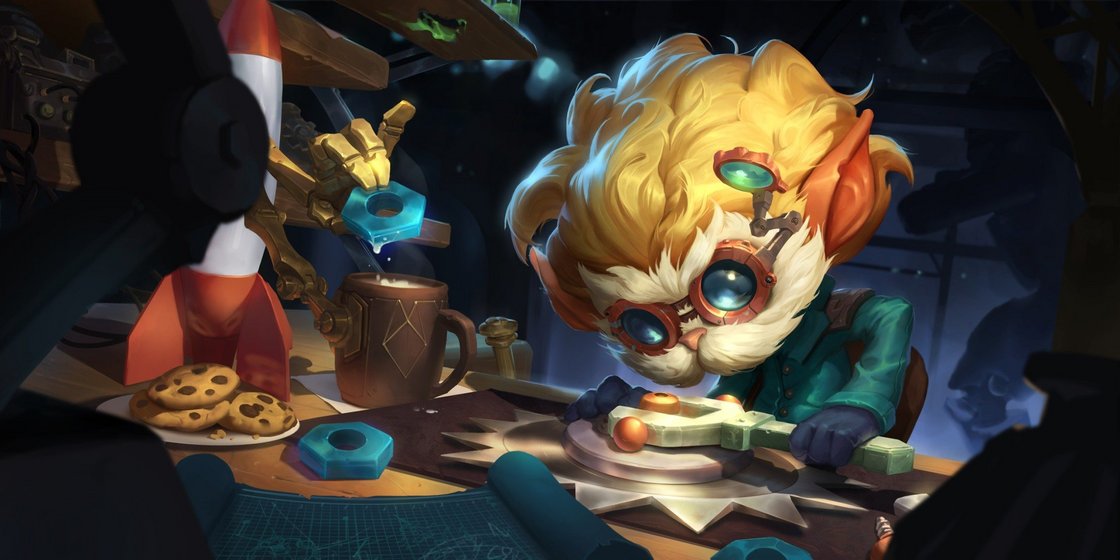 Then -- in the midst of all this planned change -- we found ourselves facing unexpected and unplanned change. Kotaku published an article describing my company as a toxic, sexist workplace. We were already at a pivotal point in evolving our business, and we were now faced with evolving our culture too. This was a reputational and cultural crisis -- one that raised difficult and important questions for me and everyone across the company. At times, it seemed like too much: to deal with all of this personally, to be there for the team, contribute in leadership meetings, to stay on track to meet goals. I really, deeply thought about leaving. But I decided to stay.

Looking back at my time at Riot, especially the past year, I’m realizing just how much I’ve grown. I’m proud of how much better I’ve become because I didn’t give up. And I’m grateful for all the lessons I’ve learned that equipped me for the future, as the only constant in life is change. 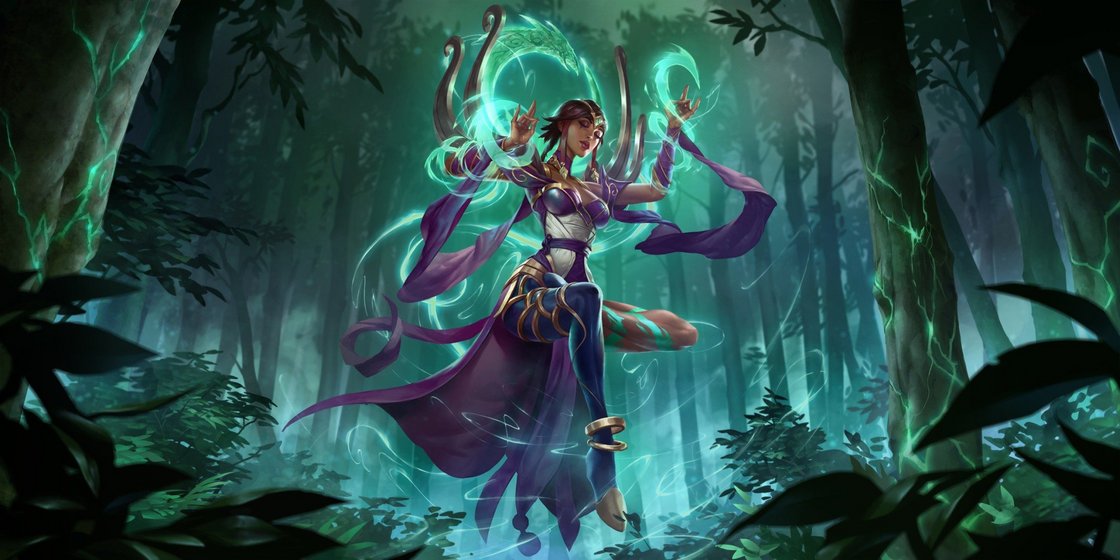 Lesson 1: Always remember to look at the bigger picture.

“It’s always darkest before dawn,” the saying goes. Maintaining resolve and remaining optimistic in the thick of change, which is usually aimed at fixing some sort of a problem, is very hard. Most of the focus is on the problem itself, and the skeptics usually abound. How do you maintain the belief that things can be fixed (and that they’re worth fixing) instead of walking away?

This is where I’ve learned that no matter how obvious things might seem to you at the moment, it is important to ALWAYS step back and look at all the facts, not just what is being immediately presented. And when you look at a problem from multiple perspectives, many times you will find that your first reaction, your first emotion was premature or even incorrect.

For example, when I read all the negative coverage in the press about Riot, my first reaction was that of shame and a desire to walk away. But when I took a step back, I remembered my own experiences here. I saw that the things that brought me to Riot were still intact -- world class talent, resilience, passion, humility, and amazing products we built for players. Riot also had a track record of owning and fixing its mistakes, and never ever giving up or backing down from a challenge -- something I deeply admired. Looking at the bigger picture made me believe the company would make the necessary changes, and that we had a bright future, and it was worth fighting for.

This lesson was reinforced multiple times during the past year. There were situations where things got turned upside-down completely after the facts were examined. My own assumptions got challenged constantly. It was a very confusing time, and I’ve learned to never trust the rumors or first impressions, and instead to withhold judgement until I had a chance to examine all the facts. 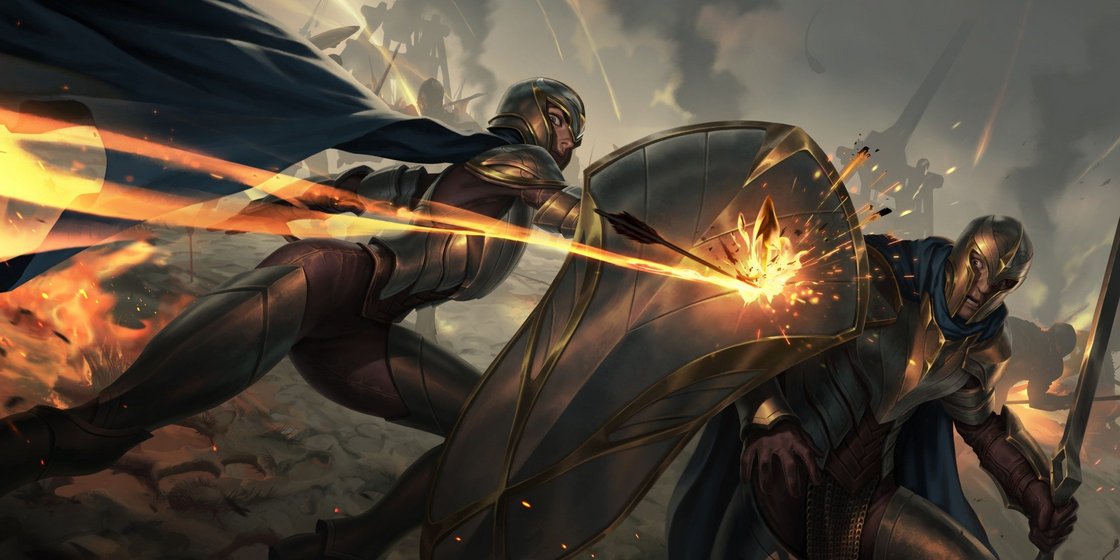 During the hardest of times, remember that you are not alone. There are people all around you that you can lean on to help you pull through. I have many examples where I felt I was on the brink of giving up, and someone said or did something to help me keep going.

I remember as the Kotaku article hit, I was, like so many others, struggling to cope with the overwhelming stress of its impact. I think we all struggled to figure out how to proceed in this new reality. Just as I felt particularly down, a small group of women in senior leadership positions reached out to get together for dinner and support each other. We shared a meal, we shared drinks, and we shared each other’s pain. I admit, tears were shed. We helped each other overcome the pain. We decided to take ownership of our future and define what we want for ourselves and Riot. We decided to drive towards that future together. I remember that one dinner as pivotal for me. I felt, for the first time since the Kotaku article was published, a sense of excitement for Riot’s future, and camaraderie with the women who would help shape it. I felt, because of them, I could go on.

I remember the time I felt a debilitating lack of confidence in the face of criticism from someone I thought was struggling themselves in their role and who was really detracting from my ability to implement the change I wanted (but whose opinion I respected). As a last resort, I asked my HR partner for help. She talked to me about separating my own Imposter Syndrome from the need to hold the other person accountable for their performance. Because of my HR partner, I was able to find the courage to both work on self-improvement AND have the difficult conversations with my critic about their own performance, without conflating the two. I doubt I would have been able to navigate that situation effectively had I not had the help.

I remember the myriad of other situations, big or small, where I sought help from my manager, Scott Gelb. Unfortunately, many only know him from the Kotaku article where he was depicted as almost a symbol of what was wrong with Riot. My reality has been very different in the past four years that I have been reporting to him. I know him as the best manager I’ve had. In the long list of people who were instrumental in my journey, I simply cannot mention his name enough. I’ve leaned on him heavily to navigate early challenges with establishing a central group at Riot, to overcome my struggles in becoming a manager at scale, and to not burn out when I tried to tackle too much at once.

I especially appreciated his approach to feedback. When you are trying to change things, everyone's a critic. Whenever Scott overheard anyone criticizing a change effort or a new leader, he would ask the critic to share it directly with the person being criticized so they had a chance to address it directly. This invariably removed any toxic “talking behind people’s backs” behavior in his vicinity, and people learned to have difficult, yet necessary, conversations with each other face to face, and work through disagreements productively. This also made me feel really safe, as I knew that I’d hear about any issues with me or my organization directly and would have a chance to address the issues head on.

Scott Gelb is one of the key reasons why I stayed at Riot through thick and thin - it’s rare to find a good manager, a great one rarer still.

There were many others I leaned on and who helped me along the way. If I were to write thanks, it would take a few pages to just list everyone’s names. I am so grateful for all of you.

In tough times, remember that you are not alone -- there are always people around you that are willing to help. Seek them out and lean on them for support. You will increase your chances of succeeding, you will make the journey more joyful, and you will maybe even make some friends along the way. 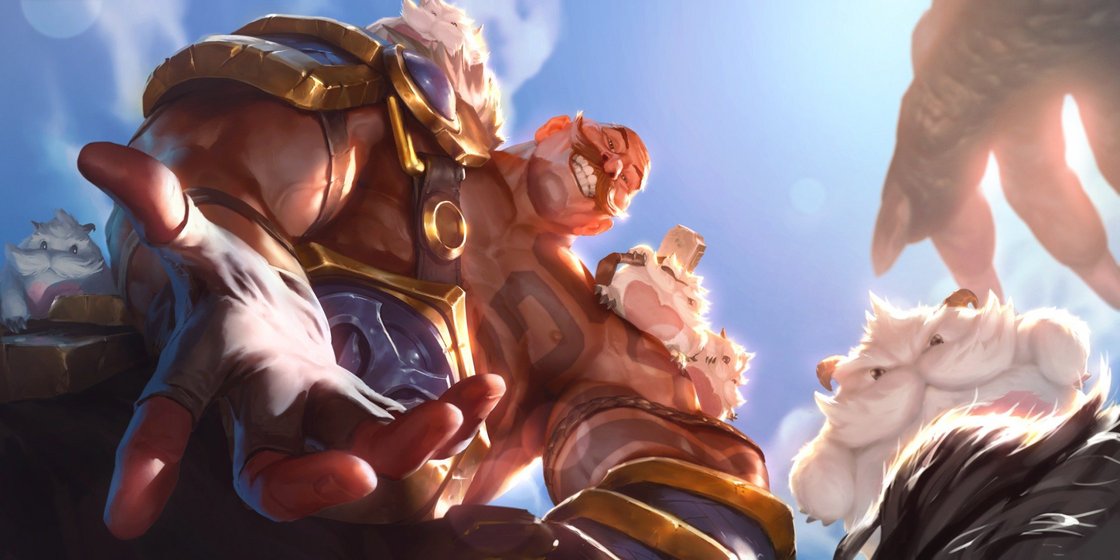 Lesson 3: take the high ground with empathy and compassion.

During times of change, tensions rise. People get defensive...or go on the offensive. They act out in ways that are out of character, and sometimes say things they later regret. The more I talk with people in private, face to face, the more I realize that everybody brings something that goes unsaid into every conversation. Sometimes they are insecure. Afraid. Sad. Unsure. Sometimes they had something bad happen to them in the past. Sometimes they care so much that they have a hard time controlling their emotions or phrasing things constructively.

So don’t react to what you see “at the surface” and don’t let your own emotions drive you. Yes, you might be also sad, afraid or insecure, but as a leader navigating change, focus on giving others what they need in the moment. Be willing to offer them acknowledgement and validation, praise, guidance, reassurance, or consoling words, even if -- maybe especially if -- they act out. Be intentionally kind, and you will find that it becomes so much easier to then have productive conversations about change and improvements.

I’m here today writing from a company that continues to change and evolve. I’ve learned that if you can make the changes more manageable, you will be able to find your way and stay productive. Eventually, you will look back with pride on what you were able to accomplish due to the fact that you didn’t give up when things got hard.

In 2016, Oksana Kubushyna became the first woman to join Riot Games’ leadership team, and she did so by recommending a company initiative that would render her position at the time completely obsolete. Her dedication to Riot Games’ long term goals and strategic efficiency proved her ability to put forth necessary change in the face of uncertain odds earning her a fifth promotion in her mere two years at the company to Head of Riot Platform Group (RPG) where she currently oversees the work of 350+ Rioters.