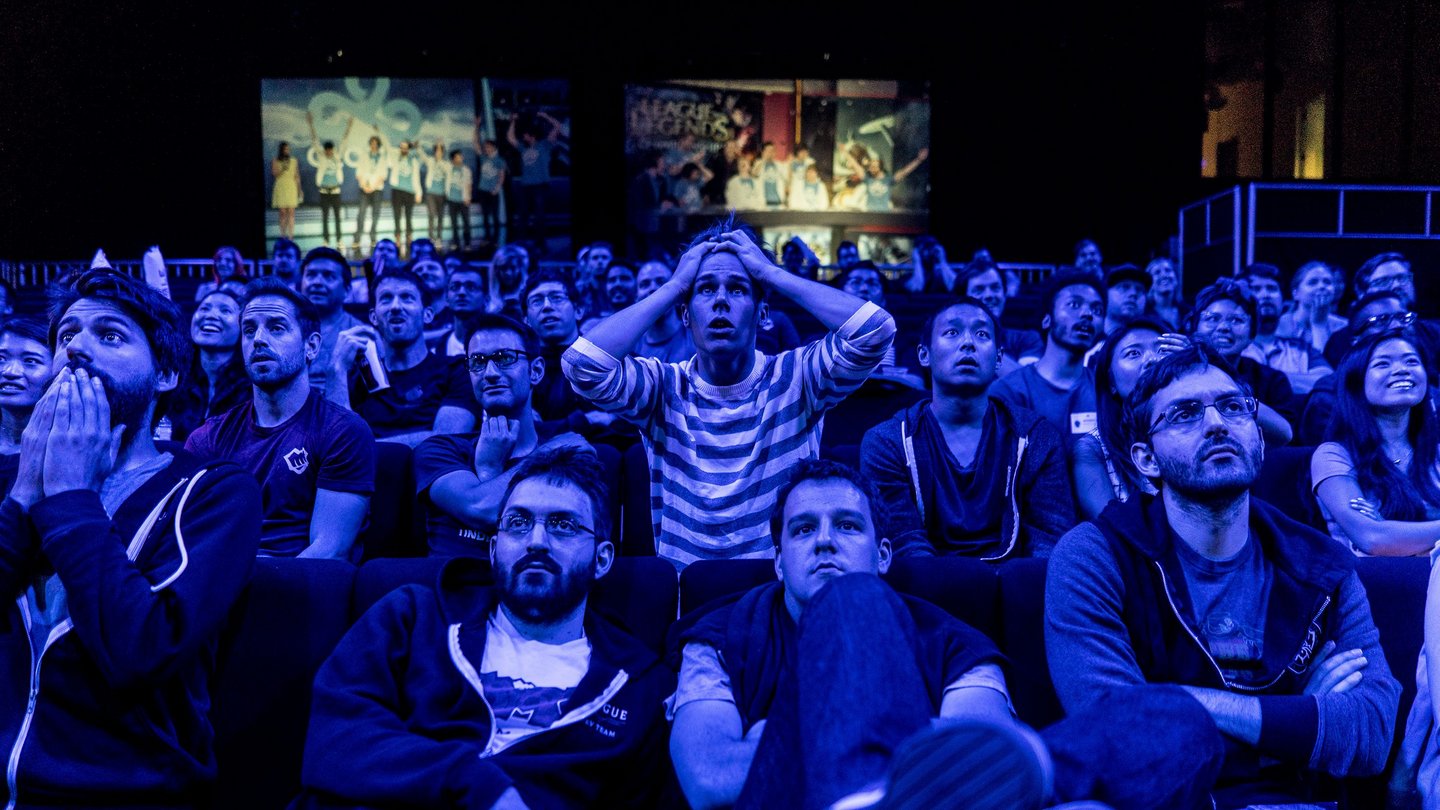 Fiora was down, leaving Baron wide open. A glorious victory was just within reach. I, as Corki, cruised into position in the Nashor's pit and began unloading rounds on the big purple guy. Through the white noise blaring from my headset, I could hear the dim roar of the crowd. The only thing I could think was "I can't keep my hands warm." It's real cold on the LCS arena stage.

The members of Brains Before Braum—our esteemed opponents in the Bronze Finals of Riot Rumble—splashed into the river, but I wasn't ready to leave. My team retreated for a moment, then charged back into the pit to finish the job. We got Baron low, and BBB's Udyr moved in. He flashed, popped Smite, and stole it.

That's when everything really went to hell.

This was the first of three bloody matches to determine the coveted Bronze Rumble Championship title. My team (Bronze with Benefits) and our opponents (the Baron-stealing BBB) had climbed the ladder and emerged at the top of a bracket consisting of 13 of Riot's toughest, meanest Bronze-tier teams. We were the crème de la pire, the best of the worst. And after a grueling season and series of playoff matches, it all came down to this.

Riot Rumble, our in-house League championship series, began as a makeshift tournament thrown together by random Rioters. Over the years it's grown to become a cherished tradition—on average, over 70 percent of Rioters participate each season.

The tournament is broken down into separate divisions based on rank: Diamond+, Plat, all the way down to Bronze. There's also the "Definitely Not Competitive" league, the "anything goes" tournament division for crazy people and/or Rioters who aren't necessarily in the mood to commit seriously to a competitive team.

Once you've been sorted into a division, you're free to put together a team with other Rioters at your skill level. To help lonely hearts find the squad of their dreams, the volunteer-led Rumble Committee usually sets up a day for a meet-and-greet where free agents can mingle with short-staffed teams. When I went to the meetup for bronzies, I printed out my LolKing stats sheet so I could show recruiters my ~65% winrates on Corki and Jinx (I left out my sub-40% winrates on Ashe, Sivir, and Tristana). With a little salesmanship on my part, I found my team. I was officiallyCactopus, ADC for Bronze with Benefits.

As Riot has grown, so has Rumble. With hundreds of Rioters participating, the competitive aspect of the tournament has only intensified—there can only be one winning team per division each season, and the victors get a swanky custom-made jacket with their summoner name emblazoned on the back. The jacket and bragging rights are the only extrinsic incentives to participate (you don't, like, get a raise if you win), but that doesn't stop the tournament from getting seriously competitive.

Riot's director of live services, Lance "RiotCaptSturm" Stites, was there for one of the earliest Rumble seasons. His team made it all the way to the finals that year, and to this day he's still a little salty about what went down.

CaptSturm played support at the time. "It was the easiest way to stay out of trouble," he says. CaptSturm is a fairly high-ranking Rioter, and he formed a team with some of the people who worked for his team. One of them, John, was a better shot caller than CaptSturm, so he was chosen to be the team captain. Sure, CaptSturm may have been his boss, but when they stepped on the Rift to Rumble, John called the shots.

And, well, the team had a bit of a problem. Although he insists that he's better now, CaptSturm admits that he was a low-Elo player back in the day. His teammates became nervous about his performance, so John benched CaptSturm for the finals match.

"I think it’s a pretty good example of how Riot culture works," CaptSturm says, "that somebody who works for me would bench his own boss. That’s pretty awesome, and I have a lot of respect for it."

Although, CaptSturm admits that he wishes things had gone differently. In the end, his team lost without him. "I’d have more respect for it if they’d pulled off a win," he says with a laugh.

Everyone at Riot has these sorts of stories about their time in Rumble. They stick with you. Playing on a Rumble team is about more than having fun; It's about building strong bonds with our co-workers, playing the game like the pros do, and even learning how to better manage conflict.

League of Legends matches are highly competitive, and tournaments are even more harsh. Even in the Bronze division, where I played, things could occasionally get heated between teammates whenever a game was going south. At more than one point during the season, I scheduled coffee meetups with my teammates to make sure we were all cool after a rough night of practice (shout out to my blood brother and Rumble team captain, Terry "Luciandelacroix" Lewis).

Rumble's also a reinforcement of our values. As at work, when we're Rumbling we give strong, honest feedback to other Rioters about their work or how they could improve their performance. We've got to be able to take that same feedback from others and use it to grow.

Competition. Friendship. Growth. That, in a nutshell, is why we Rumble.

Well. That, plus the promise of a magnificent Rumble championship jacket.

Bronze with Benefits wanted that jacket. We wanted it bad. In the Rumble tournament, only the finals matches are played on the LCS stage, and none of us were prepared for how exhilarating and scary it would feel to play in front of an audience. So when we found ourselves with two inhibs down 51 minutes into game #2 of the finals, we were beginning to tilt.

Our Rammus got caught out. We rushed to her rescue and, in the moment of truth, our Varus whiffed his ult. I, as Brand support, wasted my Pyroclasm on the lone tank Fiora for no reason. Dazed and more than a little confused, we wandered around in a tight little ball until BBB's Malphite came in to show us what happens when an Unstoppable Force collides with a pile of raw bronze. Game #2 was toast, and the LCS arena was rocking.

As we left the stage to prep for Game #3, a few thoughts occupied us: We were bad, we were tired, but this game mattered to us more than anything. And we were having a blast. 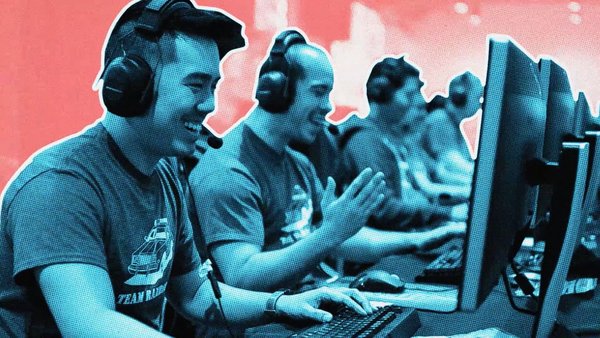 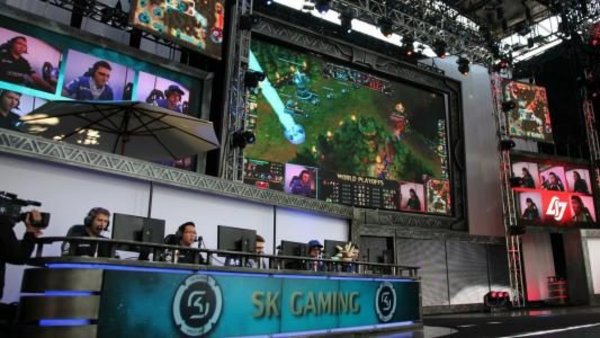