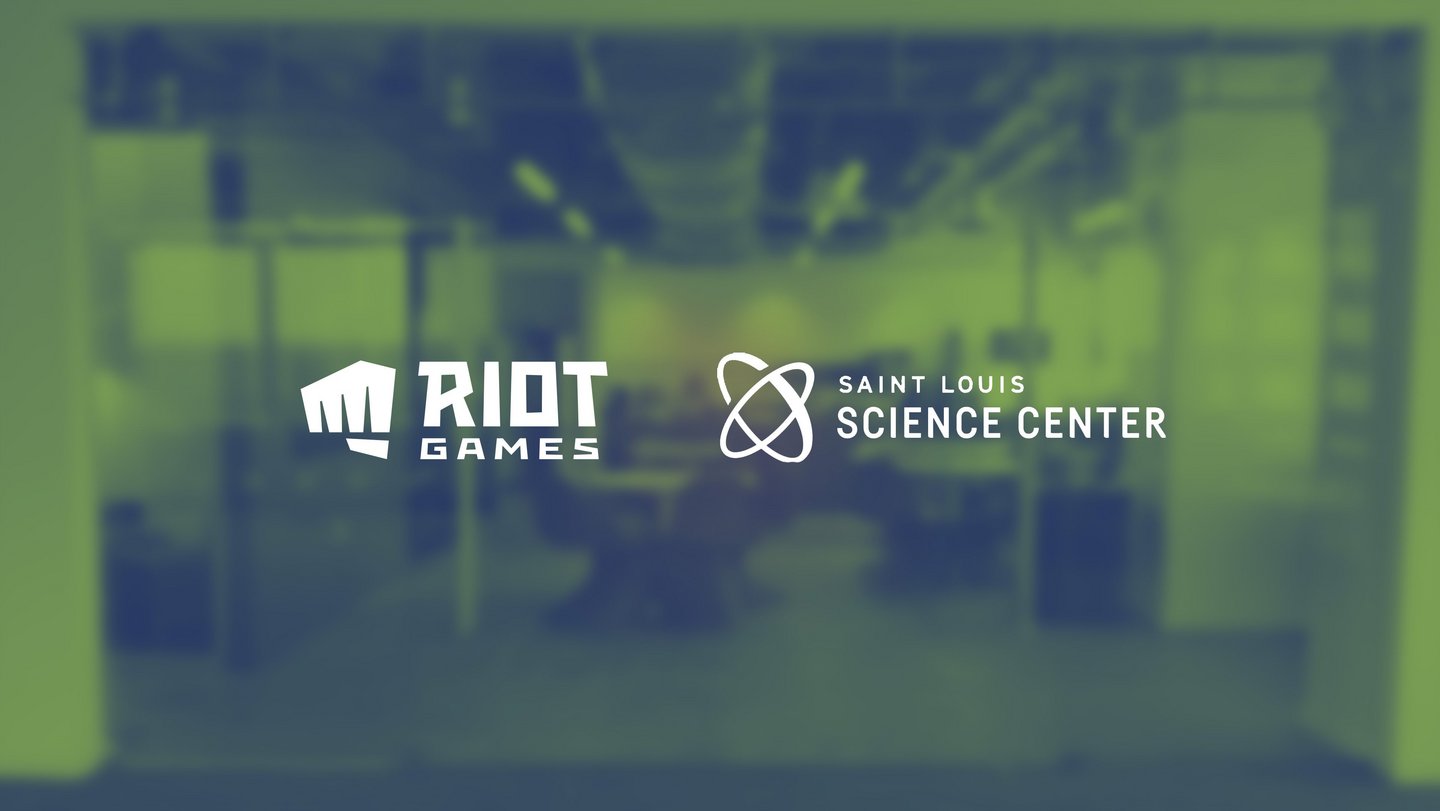 With over 20 offices around the world, Riot has the ability to make a positive impact in communities like Sao Paulo, Berlin, and New Delhi. Every office is just as committed as the next to engaging players, Rioters, and the local community. Last month, our St. Louis office participated in the St. Louis Science Center’s First Friday gaming event held in honor of the 30th anniversary of Super Nintendo launching in North America. Several Rioters joined in on the festivities and hosted a community table to meet attendees. Rioters were excited to interact with members of the local community including an all-girls VALORANT team who attended the event with their coach.

One of the highlights of the evening was a special video presentation featuring an interview with Scott Gelb, President of Games. Scott, who is originally from St. Louis, discussed his path into gaming, the love he has for game development, and his journey from joining Riot in 2008 when it was just a small start up to his current role leading all games and R&D at Riot. Scott also shared advice for those trying to break into the industry and settled some local debates, including whether Imo’s Pizza or Pi Pizza is best in town.

Following the interview, there was a Q&A with three St. Louis Rioters: Luther Baker, Kurt Glatsetter, and Bryan Arbuszewski. They answered several questions about what goes into making a video game while also discussing how they got their start in the industry. Attendees also had the opportunity to visit Riot’s community table to meet with local Rioters and learn about career opportunities.

Check out the full interview with the St. Louis Science Center here: