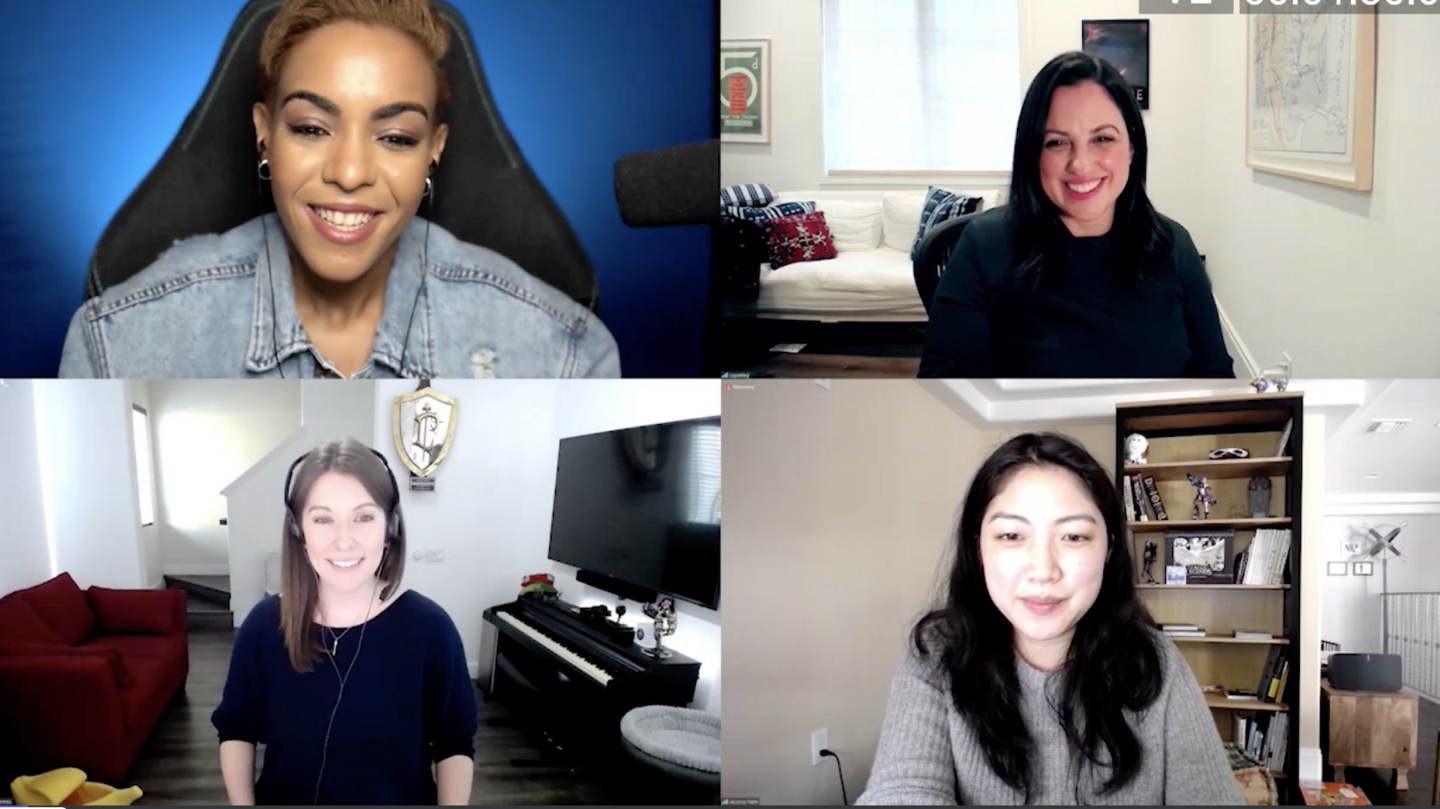 In 2020, women accounted for nearly 41% of all gamers in the United States. Women are not only playing games but driving inclusion and representation in the entire industry. On Saturday, July 24th Rioters made their mark at this year’s virtual San Diego Comic-Con during a panel called “Changing the Face of Gaming.” The panel featured some of Riot’s most notable women, Jessica Nam, Shauna Spenley and Candace Thomas to talk about their career experiences, the challenges and opportunities ahead in gaming, and what it takes to create games and experiences that are representative of a global, diverse community. This was also the first time that players have heard from Shauna and Candace since they joined Riot earlier this year.

Jessica Nam is Vice President and Executive Producer of League of Legends and is responsible for overseeing product strategy and game development. With almost a decade of working on League of Legends, Jessica led the team through first-of-its-kind in-game collaborations with lifestyle brands like Louis Vuitton and AAPE BY *A BATHING APE®, the development of chart-topping musical groups including K/DA and True Damage, and the continual evolution of League of Legends’ vision and strategy.

Shauna Spenley is the Global President of Entertainment and one of Riot’s newest leaders, joining in January 2021. As the head of Riot’s new Entertainment division, she acts as the driving force behind Film, Television, Music, Riot Forge, and Consumer Products.

Candace Thomas is a Principal Game Designer and has almost 15 years of experience in the video game industry working on franchises such as World of Warcraft, Diablo, and Lord of the Rings. Candace recently joined the MMO project at Riot where she’ll pave the way for enemy combat and AI, multiplayer content systems, and worldbuilding.

Here’s what they discussed:

Our gracious host, Erin Ashley Simon, opened the panel by asking how the panelists have seen the game industry change and where they see it going in the future. They also discussed their journeys as women in leadership roles.

Candace kicked off the conversation with a topic that all the panelists could relate to: imposter syndrome. Candace discussed her struggles to feel like she belonged when she first entered the gaming world with no prior industry experience and as the only woman on her team at the time. “I finally overcame my imposter syndrome about five or six years into my career,” said Thomas.

Jessica also discussed our newest Sentinel Akshan and the team effort that went into creating him and his narrative. “Once we decided that Akshan was going to be South Asian the champion team came together to figure out how they make this character both fun and authentic,” said Nam. “We were really able to use the voices of Riot to help steer the character in a more authentic way as opposed to educating ourselves in a silo which I think had been a challenge in the past. It's been so beneficial to tap into our RIGS to have these discussions around character development.”

Shauna couldn’t give away any secrets about Arcane (even though we all wanted them) but she did talk about her vision for the Entertainment division and where diversity and inclusion fits into that vision. “I like to think about it this way: diversity and inclusion takes practice. It’s like exercise; you can’t just do it once and then expect to be fit. You really have to exercise with great regularity and the same is true for us,” said Spenley. “When creating a diverse environment you have to look at who you’re hiring and partnering with and ultimately the stories that you’re telling.”

Make sure to check out the panel!