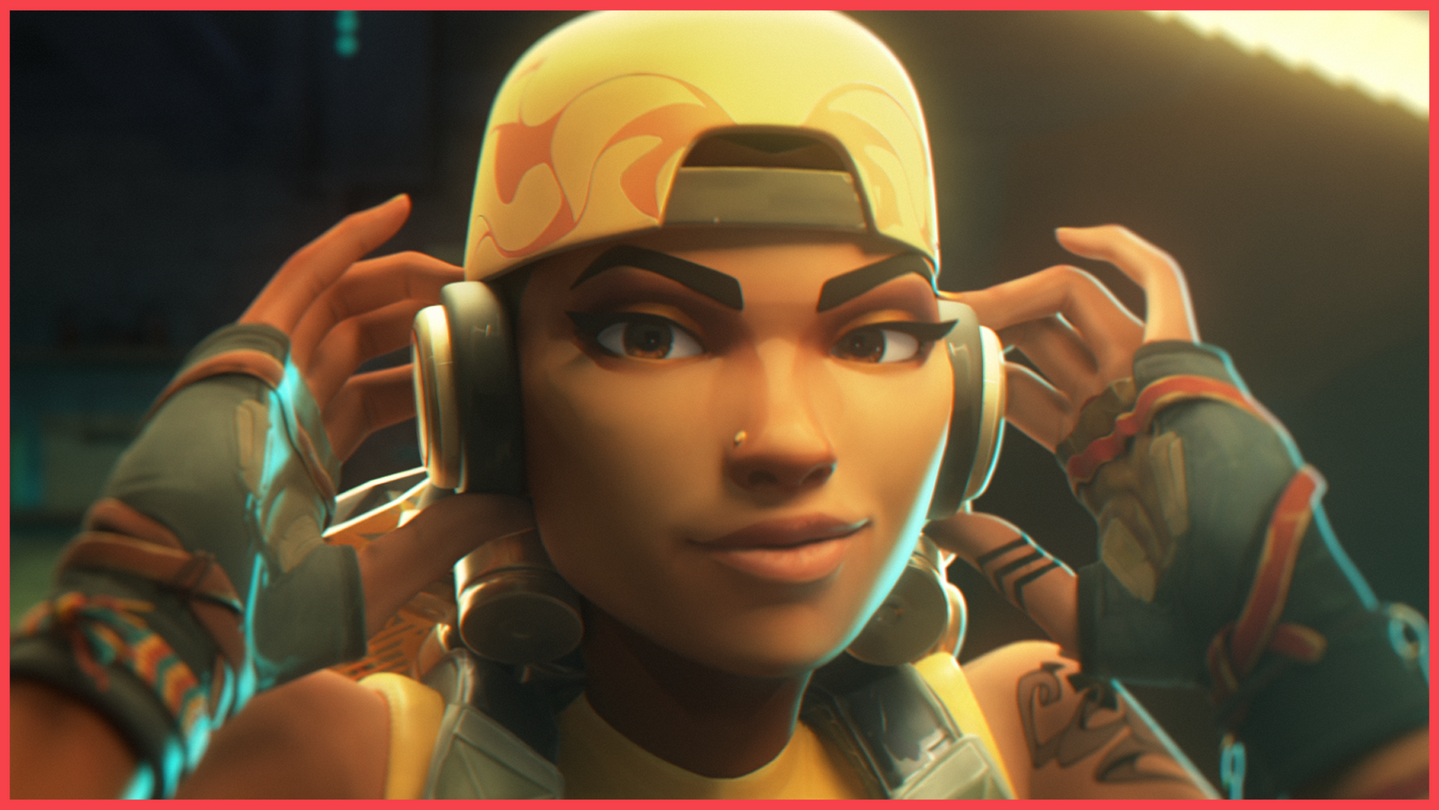 She’s a dancer, an explosion specialist, and a graffiti artist. For Raze, the size of her personality is only matched by the size of her guns. VALORANT’s 12th agent has been a mainstay at all levels of play since she was released two years ago alongside VALORANT’s beta. While every player has thoughts about the flashy duelist with the highest pick rate in VALORANT, in Brazil, where Raze is from, she means something more.

“She’s able to impact the game in a big, splashy, and colorful way,” said Gabriel Dos Anjos, Manager of Marketing Communications on our team in Brazil. “As Brazilians, we often see ourselves as flashy, as quick, as irreverent, and as creative. So Raze’s personality and her kit had to match that.”

VALORANT is our first game that wasn’t backed by the League of Legends universe: it’s set on Earth and agents have their own hometowns. For Raze, that’s Salvador, Brazil’s first capital and the cultural heart of the country. That decision, and many others along the way, were led by Rioters in Brazil to make sure Raze captured the true essence of what it means to be Brazilian.

Salvador isn’t the largest city in Brazil–that’s São Paulo. It isn’t one of the two most recent capitals either–those are Rio De Janeiro and Brasília. But it’s the birthplace of many of Brazil’s most famous musicians, it’s the capital of the state of Bahia, it’s one of the blackest cities outside of Africa, and it’s where Brazilians travel for Carnaval. While it might not be as well known to a global audience as some of the other major cities in Brazil, Salvador is extremely important to Brazilians.

“The VALORANT team came to the Brazilian office and asked ‘should she be from São Paulo, Rio, or Salvador?’” said Gabriel Dos Anjos. “The team came to us for help, for references, for decisions. That meant a lot to us and we were able to help make an agent that means a lot to Brazilian players.”

To be from Salvador, and to be Brazilian, means a connection to music. When she’s not wreaking havoc around the spike, Raze’s headphones have her constantly dancing. And so when the team in Brazil began to work on a video for the one year anniversary of Raze’s release, they started with the music.

“Instead of picking a modern song, we wanted something more classic from Bahia, which is why we tried to talk to Daniela Mercury,” said Rodrigo Friggi, a Manager of Brand Management for Brazil on the team in São Paulo. “The song we chose, O Canto Da Cidade, is super famous in Brazil. It has a nostalgic power.”

The only problem? Mercury had never licensed the song since it was released in 1992.

“We started talking with Universal and they said ‘forget about it, she’s never licensed that song and she never will.’ So I just asked for the chance to talk with her. I told her who Raze is. I told her she’s a strong, fierce, independent woman raised in the streets of Salvador with a knack for music and art. That resonated with Daniela on a personal level. She said ‘of course I’ll license you the song.’”

However, she had one condition. She wanted to re-record O Canto Da Cidade.

"To be honest, I was caught completely off-guard,” Rodrigo said. “It was one of those very few ‘this is too good to be true’ situations you can get in a lifetime. In my mind, we were pitching for licensing only and we've already selected artists that would be a good fit for re-recording. So, when one of the most important artists from your country and a voice that has accompanied you for the better part of your life asks if she can work with you, what do you do? Well, you say yes."

So Mercury re-recorded the classic song, the VALORANT team made some slight technical adjustments to match the game’s style, and “The Color of the Town” was born.

“With VALORANT, we say we are unapologetically global,” Rodrigo said. “But what does that mean? For Color of the Town, we took something that was really, really Brazilian and added a little bit of techno to the song, and it really resonated with Brazilians but also with a global audience. It may sound counter-intuitive but, in order to truly be global, we have to be hyper-local.”

In 2022, the team in Brazil followed up on the success of “The Color of the Town” with another video. This time instead of Raze bouncing around in-game dropping aces, she’s grooving through the real streets of Salvador dancing with locals. The ever-important soundtrack is Banho de Folhas by Luedji Luna.

“We want to give players more context on who Raze is,” said Daniel Gouw, Manager of Marketing Creative Direction on the team in São Paulo. “Where does she live? How does she work on her gadgets? Is she organized? What does she do when she isn’t leading the way into A? But most importantly, we want to show how she relates to her roots in her hometown, we want to show the global VALORANT community the Brazilian energy.”

Music is important to almost every culture and country. But in Brazil, music is everywhere. It’s in the streets, it’s in homes, and it’s important for it to be in games as well.

“Music and games are now linked more than ever before,” Daniel continued. “In-game, music makes for a better experience. It sets the world. Out of game, players listen to music to power up their experience, to create streams with their favorite songs, and to set highlight reels to soundtracks. So having an agent with a musical background just feels natural.”

And there was no better agent to choose for that background than Raze, the Brazilian duelist with her roots in the spring of musical talent in Salvador.

“And when you take into consideration Salvador, it’s the center of musical composition in Brazil,” said Diego Martinez, the Country Manager for Brazil. “Salvador is connected to different styles and different genres. You have music associated with social movements, with religion, with family. That’s why music is so important for players.”

“Players bring music up all the time,” Gabriel laughed. “For anything that we do, from our videos to our opening ceremony to CBLoL, they’re always like ‘okay, can I sing it?’”

From the cinematics, to the highlights, to the voice lines that have become memes in Brazil, Raze’s popularity in the country is unquestioned. For Rioters in Brazil, she’s a point of pride, an agent by Brazilians, for everyone.