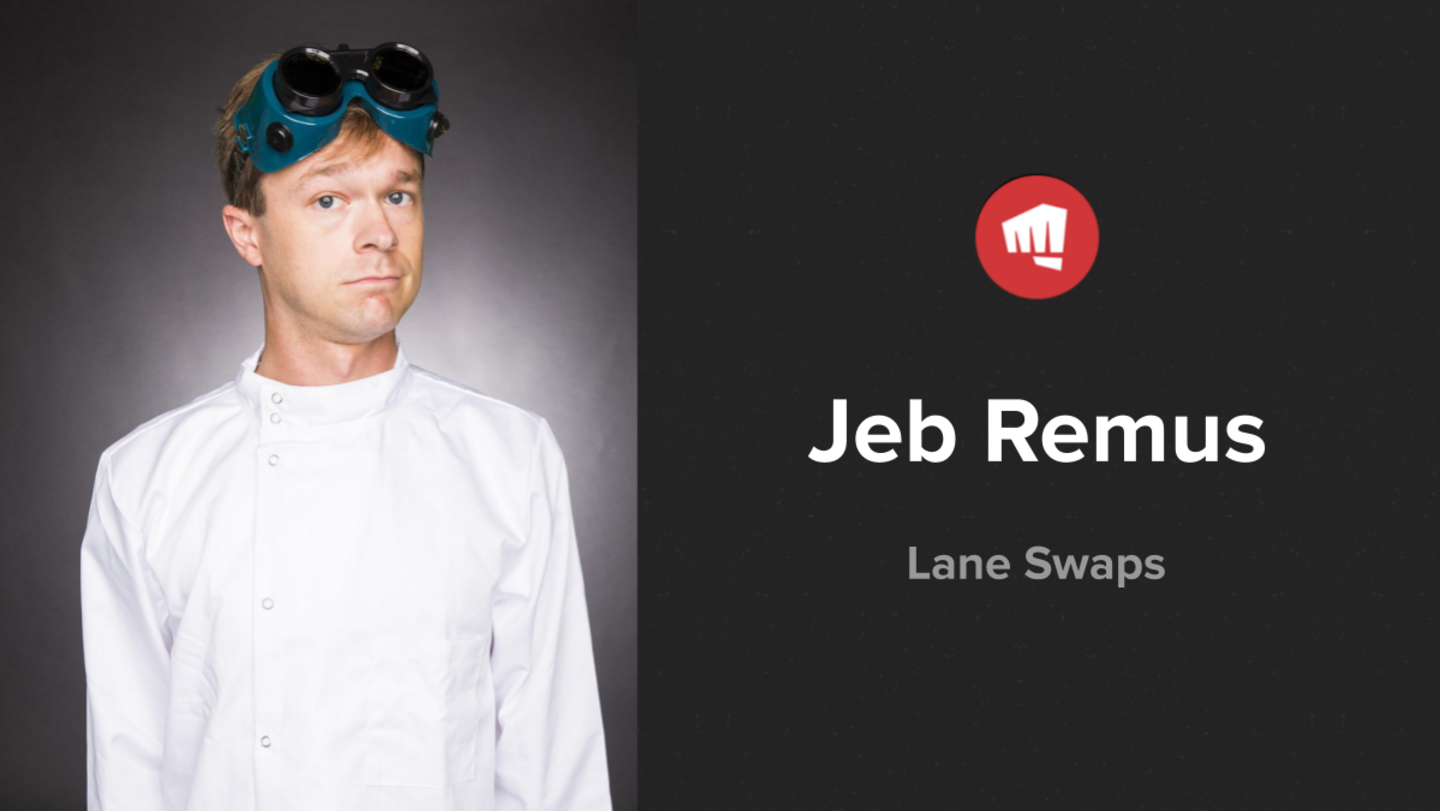 In the summer of 2018, Jeb “Riot Senlaar” Remus, then a technical brand manager, turned to a teammate and said, “I’m thinking about switching to engineering.” That teammate happened to be Eric Danker, a director of engineering and Jeb’s manager.

“Danker just chuckled,” Jeb recalls. “And then the next day he had to come around and be like, ‘Were you serious?’ I think he said, ‘Were you not kidding?’” But Jeb wasn’t kidding. He wanted to transfer from his communications role on the engineering brand team into an engineering job on then-unreleased Legends of Runeterra. A big jump, but not out of character for Jeb.

The entire time he was working in brand communications—and even before that while studying for an MBA at Wharton Business School—Jeb was building side projects: Little games that he developed in his free time. “They were ‘games’ only in name,” says Jeb. “They were never, ever fun whatsoever. They were never even somewhere ‘fun’ had left and forgotten about.”

But those “games” kept Jeb’s programming skills fresh and taught him new ones along the way—each project a chance to hone a new skill. First it was developing in-browser 3D graphics, then multiplayer networking, and finally physics engine problems. “How are these things going to bounce off each other? What happens when spheres collide in 3D space? How do you depict where they move next? I started each project to solve some challenge I had in mind.”

Even early on, Jeb solidified his penchant for programmer art.

But beyond having the skills for the job, there were two other draws pulling Jeb to the Legends of Runeterra engineering team.

The first was a rekindling of his professional passion for engineering. He’d actually started his career as an engineer. Prior to joining Riot (and even before receiving his Master’s) Jeb’s first job out of school was writing code for Microsoft. He brought this passion and knowledge along with him when he joined Riot.

While on the tech brand team, Jeb pitched the idea for the Riot Tech Blog—a space to communicate to technically-minded players and other professional engineers the complex systems running under the hood of our games (at the time, pretty much just League). In doing so, Jeb worked closely with many of the engineering teams, translating complex, technical processes into compelling stories and narratives.

As his team grew, Jeb found the demands of his role pulling him further and further away from the engineering component of his job. “I think I was starting to realize that that was bumming me out.” Writing about engineering was standing in for what he really wanted to do: be an engineer. 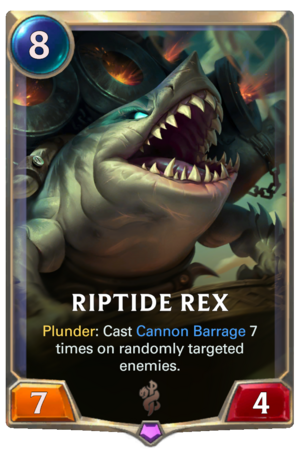 Who wouldn't want to work on an alligator-shark with cannons mounted to its back?

The other draw for Jeb was very personal. He loves card games. He has over two decades of experience playing them, and the opportunity to work on LoR meant two passions coming together to make a career. So he seized it.

As it turns out, Jeb’s former manager wasn’t the only person surprised that he knew how to program. More than a couple Rioters went, “Oh, Jeb’s coming to work on LoR comms. No wait, he’s transferring to engineering?” But he credits the team with being super welcoming and supportive of the transition.

Jeb has taken to his role over the last two years, and even found skills from his time on the engineering brand team have been valuable in his new position. His old muscles explaining complex engineering concepts on the Tech Blog have made it easier to communicate with stakeholders, and he’s even referred back to pieces he helped produce to aid with some of his current work, like this seven-part series on running online services.

Reflecting on his decision, Jeb credits working at a place like Riot where he was exposed to so many other crafts, from engineering to animation to music, for enabling him to see the right combination of interests to build his career around. “There are more disciplines that I am adjacent to than I could be at a lot of other places,” Jeb says. “I sit near artists, and sometimes I walk past and just look over their shoulder and think, ‘Oh wow.’ That’s a skill I have absolutely zero of and am super impressed with.”

Now when a Rioter passes Jeb’s desk and looks over his shoulder—once that becomes possible again—they’ll see an engineer coding away at the back end of a game he loves. And maybe they’ll think, “Oh wow. I think I want to do that.”