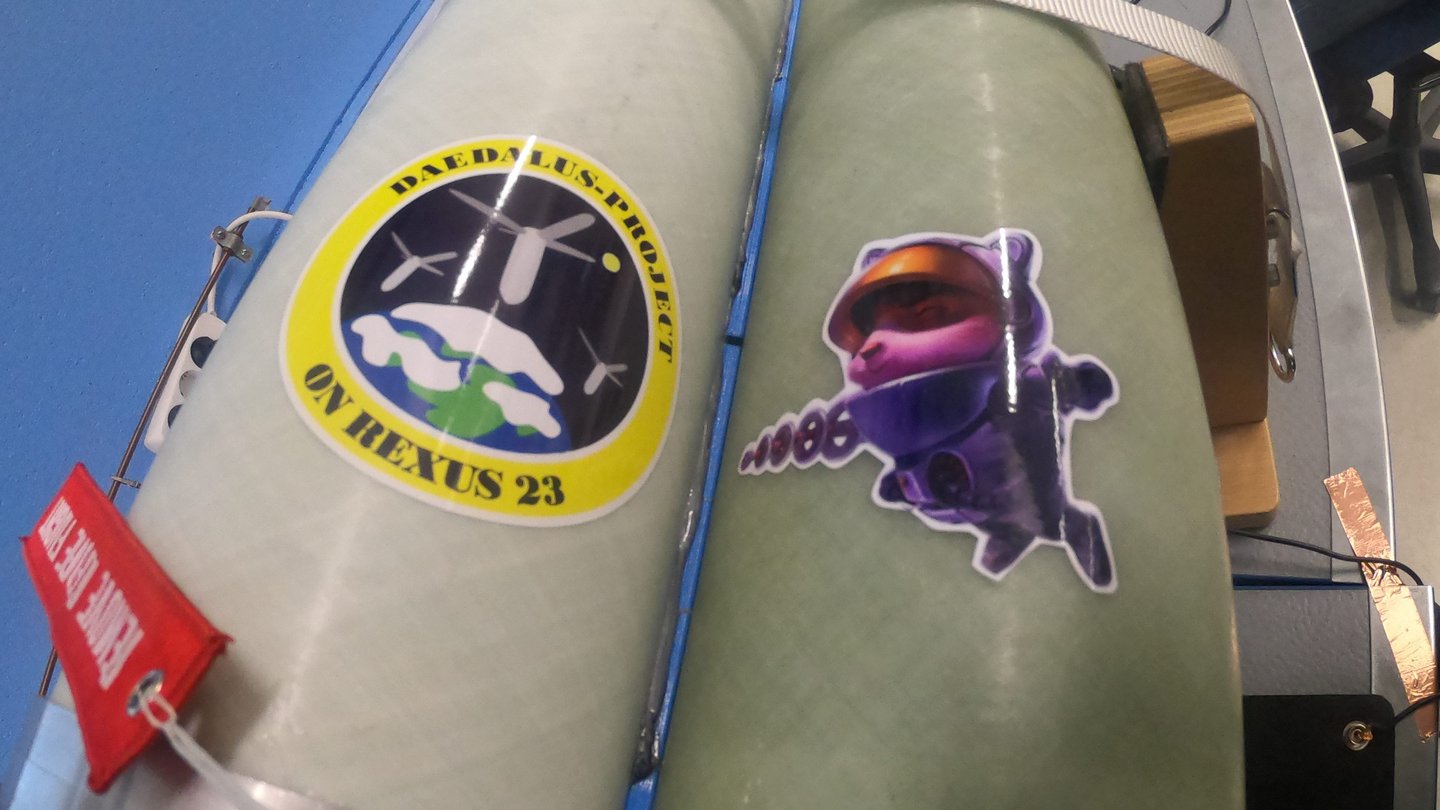 In March 2018, Clemens Riegler, a master’s student of satellite technology at the University of Würzburg—and self-titled “Best Rammus in the West”—reached out to us on social media with the message, “Weird question, are there some official Astronaut Teemo or Astronautilus stickers?…”

And almost exactly one year later Astronaut Teemo went to space! Well, sort of... Our devilish angelic little yordle made it roughly 75 km (46.6 miles) into the mesosphere. Technically that’s only near space, not quite outer space. But don’t tell Teemo he isn’t exactly an astronaut, it’s better for everyone that he’s happy.

One Small Step for Teemo

It took more than the 114th ranked Rammus player on EUW to send a yordle to space—it required a team of 24 students from the University of Würzburg and TU Wien, nearly half of whom may be in your next game. Seems having enough Rammus mastery points can tilt Teemo off the planet.

The Daedalus Project formed in the summer of 2016 with the intent of developing and deploying an aerospace landing mechanism without active components or parachutes. The more stable space vehicle they envisioned would allow for better maneuvering in turbulent atmospheres. While they were trying to solve for a safer and reusable landing mechanism for Earth, the team dreamed of space travel on Venus or the ability to gain atmospheric data in Jupiter’s tumultuous atmosphere. This led to the development of the “SpaceSeed." 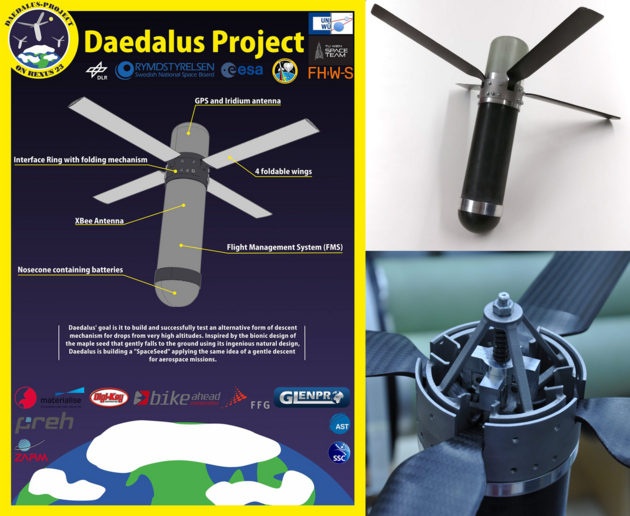 After three years of work alongside Prof. Dr. Hakan Kayal (the chair for space technology at the University of Würzburg), support from sponsors across Europe, and approval from the REXUS/BEXUS* Program—and the full backing of the German Aerospace Center, the Swedish National Space Agency, and the European Space Agency that comes with it—the team developed a trio of SpaceSeeds and prepared to launch them on an Improved Orion rocket.

But where exactly does Teemo fit into all this?

“Teemo’s quite a figure in League of Legends,” Clemens explained. “We considered Astronautilus too, but everyone has a strong feeling about Teemo. Nearly everyone wants to see him shot to the moon at some point, but not everyone has the ability to do so. We wanted to give League players everywhere the chance to see it happen.” Let’s be real, we’ve all dreamed of sending that 0/6/0 ADC Teemo from our promos hurtling into the sun. 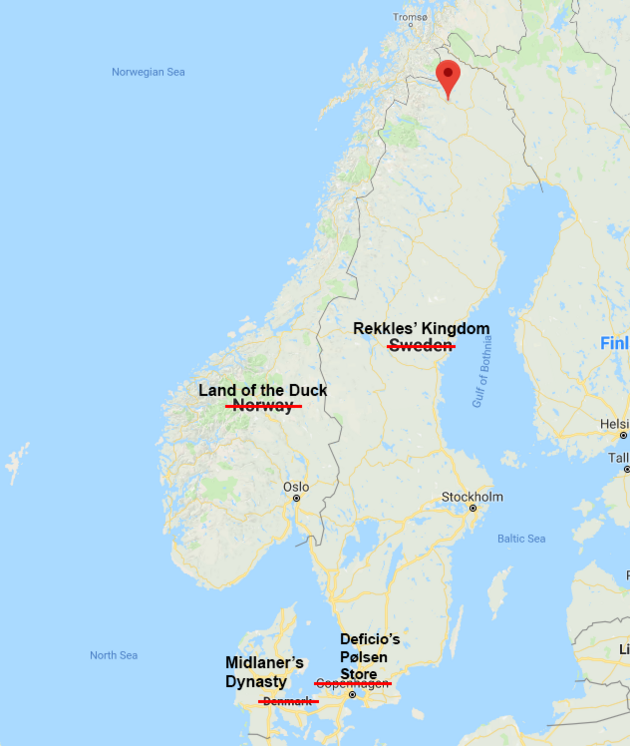 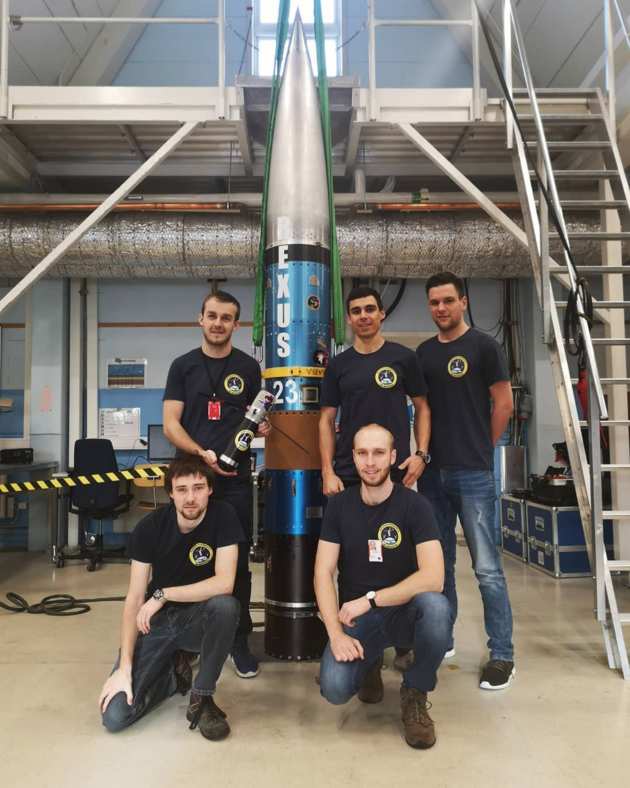 Working alongside the astrophysicists and engineers at Esrange, the Daedalus members assembled their project over the course of a week, taking it from an array of parts to a fully prepared and functional rocket. They also made sure to take advantage of the high speed internet at the base by getting in a few games of League to unwind. 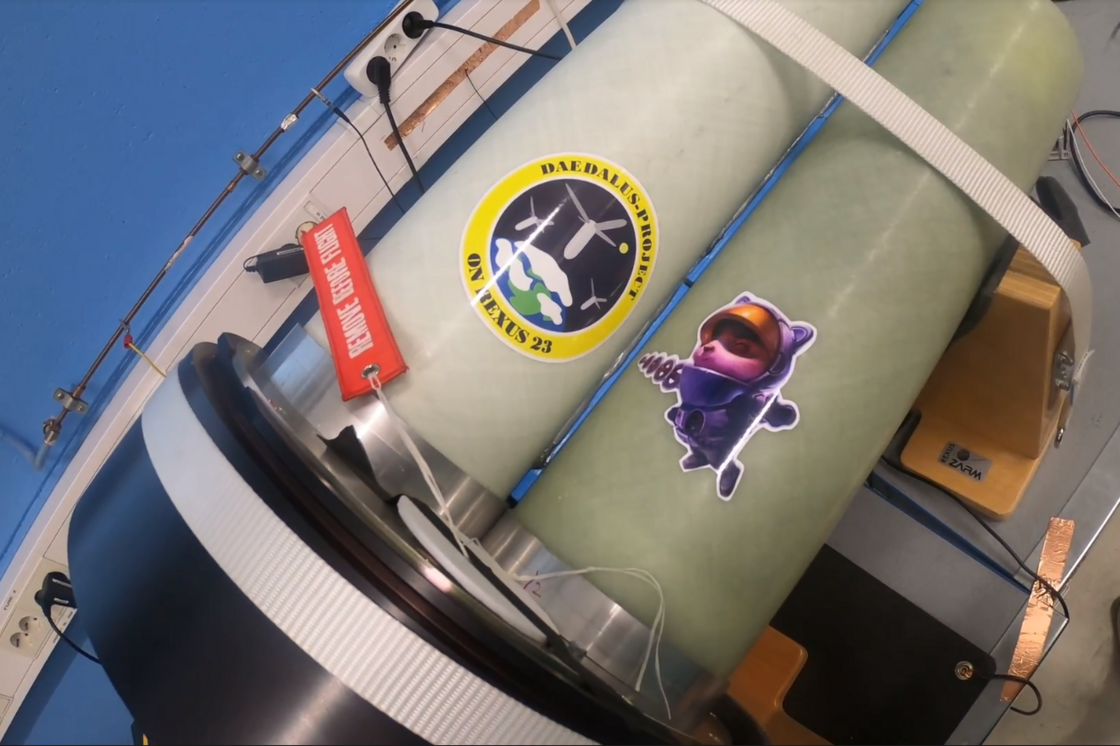 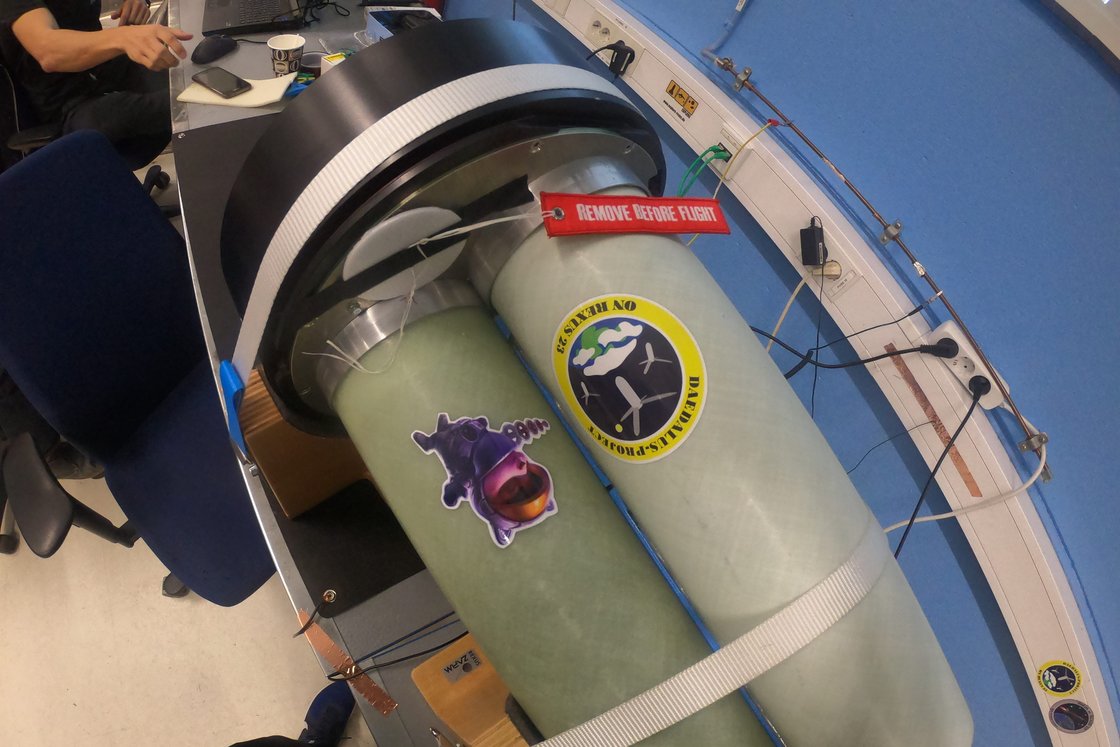 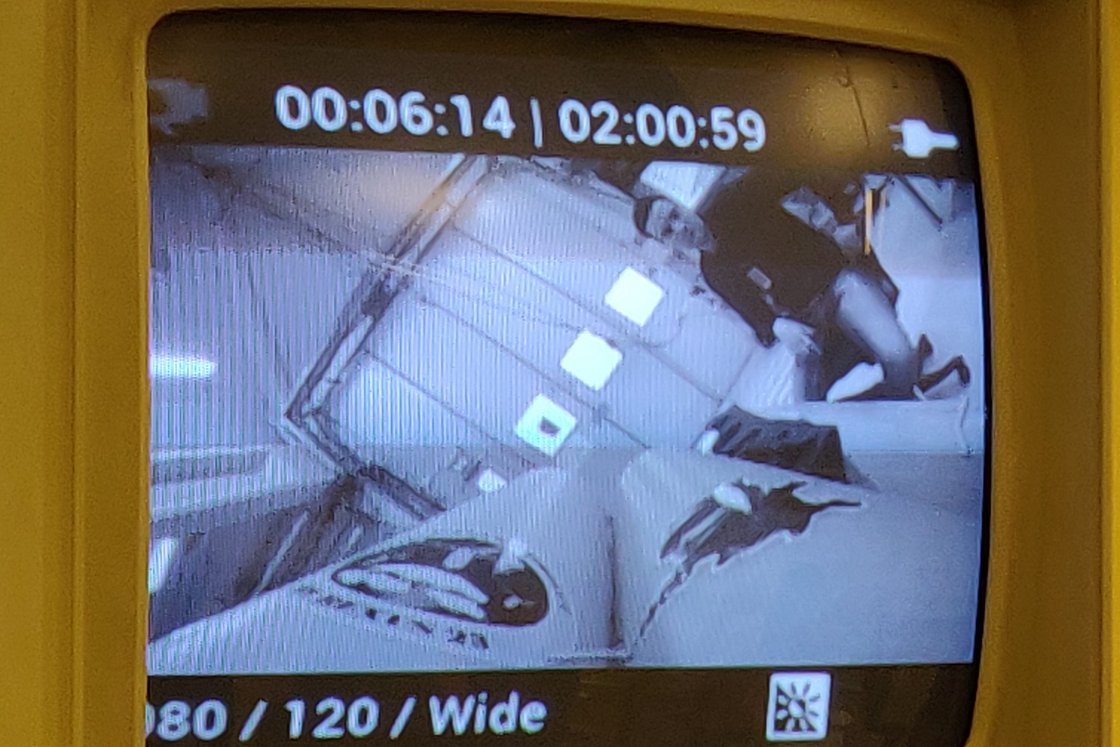 One Large Leap for Yordle-Kind

On March 4, 2019 Clemens, Alex, Eric, Tobias, and Forian woke early—though, admittedly, they may not have slept much anyway. After years of hard work it was finally time to watch their experiment, and Teemo, launch into the atmosphere. 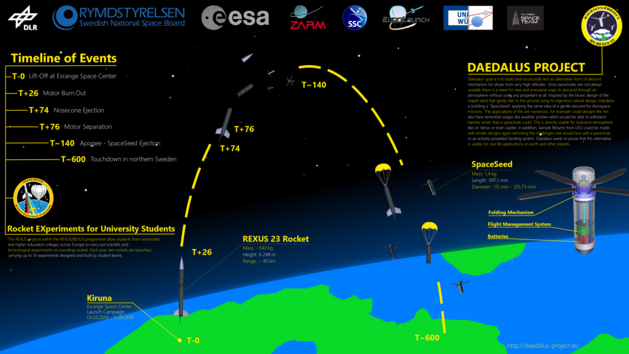 An hour prior to any launch at the Esrange Space Center, the entirety of Kiruna, Sweden is enveloped in a noise that can only be compared to the horns of Gondor. “It’s a powerful and terrifying sound,” Clemens said. “It’s so strong and loud that it can be heard for tens of kilometers. It’s to warn everybody what’s about to go down… Or up, for that matter."

At 9:50 am CET the entire Daedalus team—not just those who flew to Sweden—waited and watched in nervous anticipation as the launch checks were finalized and the countdown began.

You know how in movies there’s always a big countdown before a rocket launches? Well, that actually happens. “I’ve never been this tense in my life! It was my countdown, no OUR countdown! Finally! After watching it millions of times in movies! After so much work! OUR countdown has arrived… It’s a truly unique feeling,” Clemens said.

“All I can remember is that my heart was beating like crazy but my head was empty. There was nothing left to think of. The work was done. We had no power over it anymore.” At T-0 the system took control, the automated process kicked in, and the Daedalus team watched on as Teemo and their rocket launched with enough force to lift a car.

Traveling as fast as five times the speed of sound, it took less than three minutes for the rocket, and its probably horrified stowaway, to reach their maximum height of roughly 75 kilometers. Back on Earth, the Daedalus team waited nervously as their experiment took place.

At precisely 133, 143, and 153 seconds after launch, as Teemo looked down on us all like a benevolent overlord as the three SpaceSeeds successfully deployed. The experiment was a resounding success.

The SpaceSeeds ejected from the rocket made their descent back alone. They had a “nominal” landing, meaning it went well, at roughly 85 kilometers per hour. While not exactly a gentle landing speed, the SpaceSeeds were built for fast re-entry. The rocket itself landed in a different location and had a much higher impact speed. Luckily the Esrange crew managed to recover it and all of its experiments. All but a certain yordle…

That’s… a good question. “He didn’t burn up,” Clemens laughed. “But we have no idea what happened to him. He just disappeared.” According to the Daedalus team, there’s no way Teemo’s sticker could have burnt up on re-entry because the rocket’s materials wouldn’t allow for the level of heat necessary to incinerate Teemo. And while the team at Esrange managed to recover every other piece of the rocket, Teemo eluded their capture.

For all we know he’s still somewhere in the atmosphere planting mushrooms for future astronauts to unknowingly stumble upon. So if you’re planning on any space exploration in the near future, we’d highly recommend bringing a sweeper.

From all of us at Riot, we want to thank the members of the Daedalus Project for sending Teemo where no yordle has gone before. We’re so humbled that Teemo could be involved in a potentially groundbreaking aerospace experiment, and we’re excited to see where you take us next.

*The REXUS/BEXUS Programme is realised under a bilateral Agency Agreement between the German Aerospace Center (DLR) and the Swedish National Space Board (SNSB). The Swedish share of the payload has been made available to students from other European countries through the collaboration with the European Space Agency (ESA).