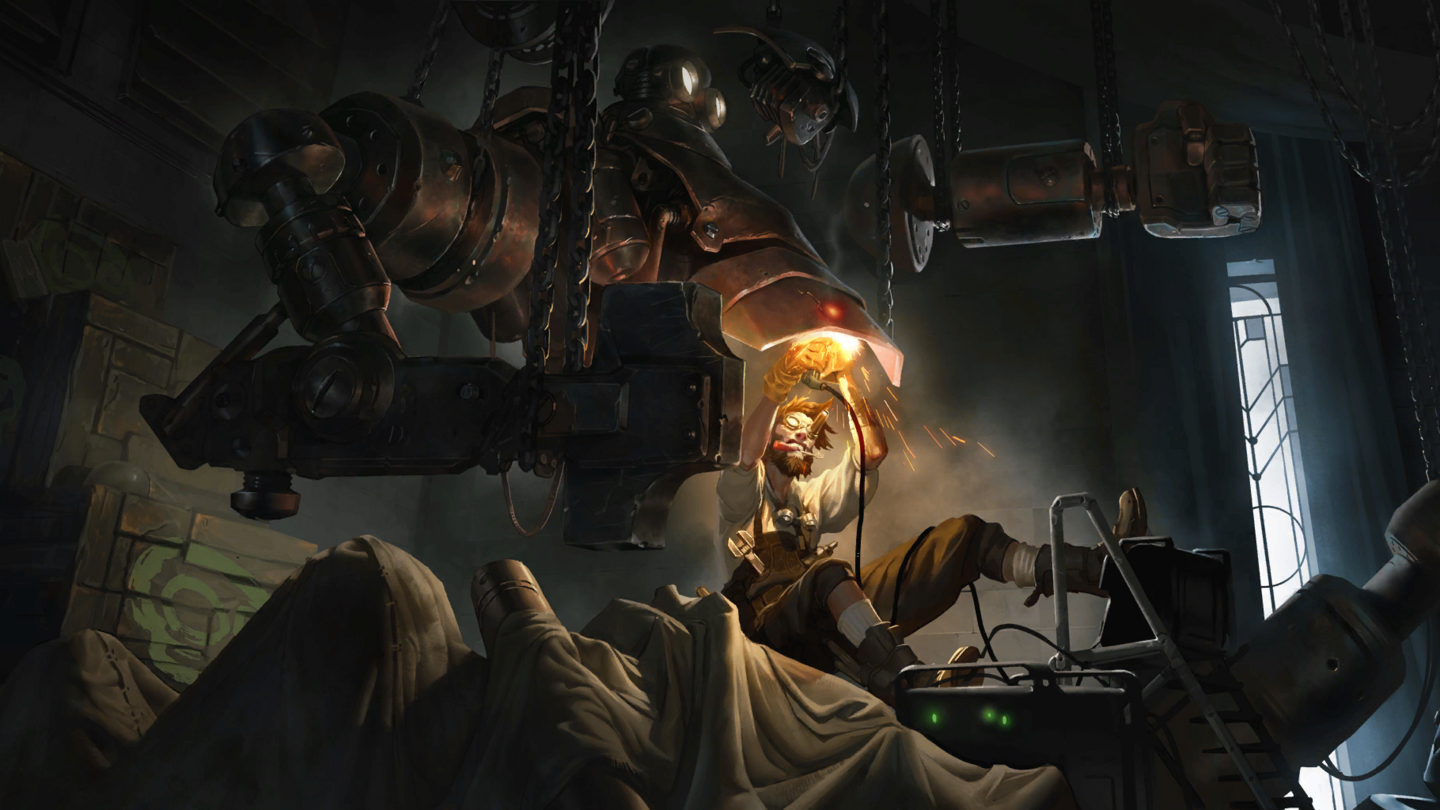 Tom “Zileas” Cadwell here, the head of research and development at Riot. R&D at Riot is split up into different stages: Prototype, pre-production, and production (with a pitch/incubation stage that focuses on whether or not we should be making the game in question). In this article I want to talk about prototyping at Riot: How we view it, the goals we set out to hit, and the deliverables teams have to move into pre-production.

Before we build out a large team, we need to discover the “substance” of the game by prototyping. Basically, we want to deliver on the following:

I’ll dig in a little deeper into each of these topics.

We use this information to inform what innovations we want to make in the genre, how they’ll work, and that they will work.

For example, with League of Legends we identified that the MOBAs of the time (primarily DOTA, but there were several others), were mostly enjoyed by competitive-mindset players, and saw that as our primary audience (as it still is today). But most of these players tried and rejected other MOBAs available at that time and generally stuck with shooters, RTSes, and MMOs. The common factor of those who stuck with MOBAs was that they often learned in a supportive, enjoyable manner (usually in-person settings like PC cafes, dorms, with roommates, etc).

With a clear audience in mind—and a good understanding of one of the major gaps stopping potential players—we crafted several innovations to address it. We also invested in other areas like community engagement, business model, IP & art style, esports, etc.

In addressing potential competitive players, one of our pillars was addressing the new player experience, either by making it inherently more positive or by helping people play socially, which creates a more supportive atmosphere. To make the core experience better for new players, we looked to improve matchmaking, make lane matchups more consistent, and provide better gameplay clarity (How did I just die? What just hit me? etc.). To address playing with friends, we tried to greatly reduce the “feeding” effect where one player loses the game for their team, and added partial-premade matchmaking, in which you could matchmake with 1, 2, 3, or 4 teammates (which was controversial but innovative at the time, and is now a standard).

These (among other innovations and product direction choices) collectively helped League reach a much higher percentage of competitive players than prior MOBAs had.

R&D teams spend much of the prototype phase brainstorming creative approaches to the genre they're exploring. They then focus on figuring out which are the best. We operate under the assumption that most of our ideas won’t work out. Some are obviously not worth pursuing, and others might look promising, but ultimately don’t make the cut. Only a few can be good, and of these, many ideas are contradictory to others.

For example, in some of our explorations of co-op games, we found an inherent tension between “co-op collaboration” and “social accessibility” that needed to be carefully reconciled, in the same way that playing a competitive sport and watching a competitive sport with friends are social, but are quite different in intensity and social expectations. Another example is games that emphasize player empowerment can at times struggle with PvP, as one player’s empowerment is another’s disempowerment.

But innovation doesn’t stop at prototyping. The difference is the innovation we do in pre-production is much more grounded than that which we try during prototyping. That’s not to say we don’t sometimes have late stage disruptive changes, like Teamfight Tactics’ adoption of hexagons or the integration of burst spells in Legends of Runeterra. But those are relatively modest in scope compared to the types of changes we routinely test during the prototype phase (for example, in the earliest days of VALORANT we oscillated between shooter types briefly).

In order to generate as many diverse ideas as possible, team leaders need to create an environment where everyone feels comfortable contributing, investigating, and filtering out bad ideas as quickly and fairly as possible.

Some ideas can be worked out through discussions and research into games that already exist, but a lot of ideas need to be tried. In our experience, the best ideas tend to hold up to scrutiny from a lot of angles—they make sense when presented to different types of people, and they hold up in a playtest full of different types of players within the target audience.

Playtesting is an incredibly useful tool in our arsenal, and even playtests we consider successful will identify new issues. For example, in many cases an idea we thought would greatly improve the genre ends up being more marginal, so we need to find more ways to innovate. When playtests don’t go as planned, we spend time understanding the failure and attempting to resolve it. Sometimes that means we need to try again with better execution, and others that the innovation approach is flawed and we need to try another approach.

Testing often ends up being the biggest bottleneck, so we seek to maximize the shots we can take in order to find and validate the best ideas. Some of this happens in how we run brainstorming and research, but the area in which we get the most benefit is rapid prototyping. We accomplish this through several strategies.

The first is that we have the team adopt a throw-away-work mindset. We encourage them not to put quality into a prototype where it’s not absolutely critical. This is hard for developers used to shipping final, high-quality work, but it allows us to move faster and avoid doing work that doesn’t directly address key questions.

The second is that we want teams to ask specific questions around features. We try to clearly define how major innovations will work out and what players will experience when they do. This means drawing a hard line and not accepting “maybe” as an answer.

Finally, we always prioritize building a “game scaffold.” This is a minimum representative of the genre in question. For example, if we were building a shooter, we’d want to be able to run around with a gun and have support for hitscan, damage, etc. For a MOBA, we’d want a single lane with minions and two 3-ability characters with auto attacks.

Like an actual scaffold, it’s a placeholder and completely basic—as we add innovation, we pull out pieces of the scaffold to see how the rest of the system holds up. A good scaffold greatly accelerates trying new things, and increases the chance we catch subtle problems with those ideas we missed in more abstract design discussions.

It’s also important to facilitate prototype teams to make correct calls quickly. The most important thing is to have a theory for how the work we’re doing will be experienced by players, and then see if it succeeds or not. If it doesn’t work, we diagnose the reasons. We do this primarily by engaging in frequent, high quality playtesting, both internal and external to the team, and at key milestones, even in early prototype, external to Riot.

Once in a while, a good playtest demonstrates the game direction won’t work, and the team either pivots or cancels the project. We recently had a game concept which required us to adapt some classic PC gameplay onto additional platforms. But upon trying it we realized it just wouldn't work. The conclusion was to pivot the project off of that approach completely and essentially restart most aspects of the 4-month-old project by significantly increasing the scope of innovation.

A Clear Path to Pre-Production

When the process we’ve established works, we end up with a representative gameplay slice and a highly aligned team, which puts us on strong footing to begin pre-production. It’s a lot easier to have everyone on the same page about what’s different and what’s important when they see it, and it prevents a lot of the normal alignment challenges we’d otherwise see as the team expands.

We’ve set out the above requirements so teams can move into the further stages of R&D with ease. It also prevents us from having to go back and rethink the basics of what we’re trying to accomplish. We’ll dig into the later stages of R&D in subsequent articles, and come back to revisit some of what we’ve talked about here in more depth.

If you're interested in learning more about R&D at Riot, check out our page for more content. 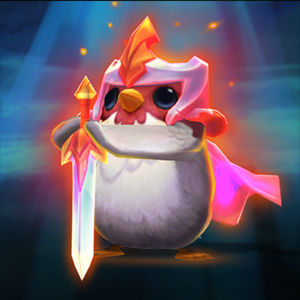 Tom "Zileas" Cadwell is the Head of Research & Development at Riot. He previously was the Design Director of League of Legends. Before joining Riot, he worked at Blizzard as a designer on WoW and Warcraft 3. He has many hobbies including gardening, sci-fi and fantasy books, investing, and games. Once upon a time he was one of the early top Starcraft players, but his skills have decayed greatly, and he is now happy when he gets at least one kill in a VALORANT designer playtest. 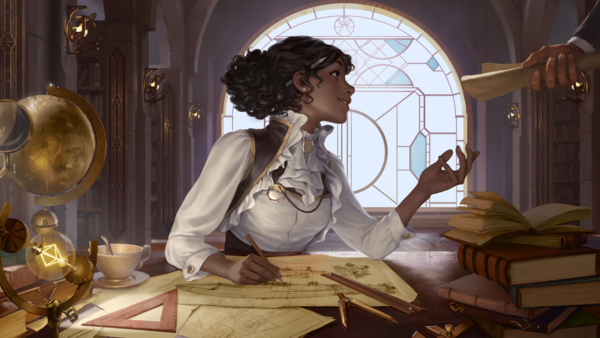 How we use audience understanding to drive early R&D innovation.
Jun 18, 2020