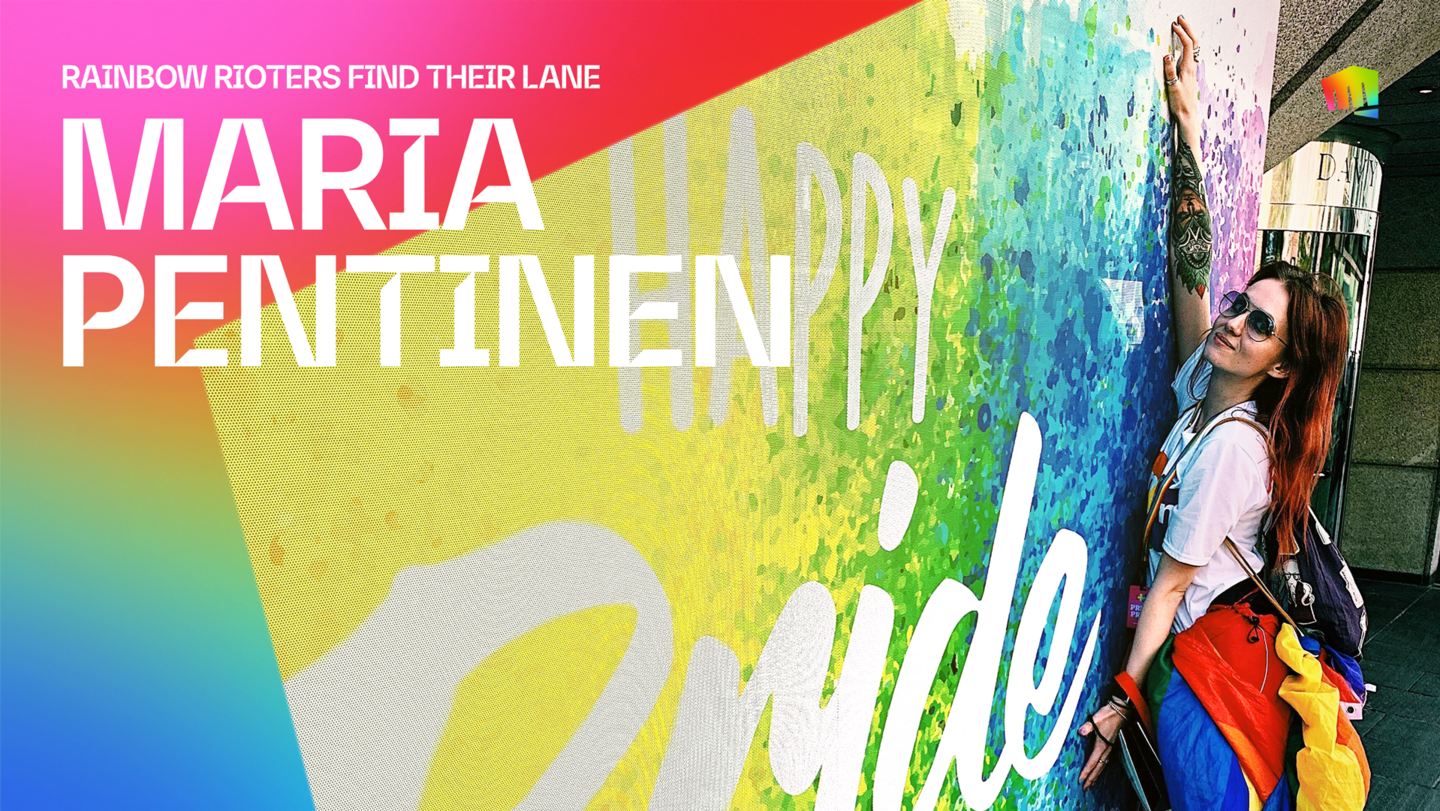 Before Maria Pentinen moved to Ireland for work, before she landed positions in major companies like Apple and Paypal, and before she was out of the closet, she was a young gamer playing console games with her dad and WoW with her guild.

“I’ve been playing video games all my life, I don’t remember a time when I wasn’t,” said Maria who now works as a Contact Experience Lead for Riot out of our Dublin office. “My dad would travel a lot for work, but when he was home, we would play video games. I remember playing with him, playing with my family members and my friends. I have social anxiety so I wouldn’t go out, I’d just stay home and play.”

Like many gamers growing up in the 2000s, one game in particular became a virtual home for Maria. World of Warcraft, especially at the game’s height, was more than a game. It was a community, an adventure, a place to make friends, and a showcase of any identity you wanted to cultivate in-game.

“My guild basically raised me,” Maria laughed. “I’d been playing since I was a kid and I made a lot of friends through WoW. You’d think video games would have kept me in the house so I could keep playing games but actually the friends I made through gaming pushed me to travel. I would go visit friends in countries all over the place. Eventually I got a job in gaming because I really wanted to create an experience that would let other people feel the sense of belonging that I felt.” 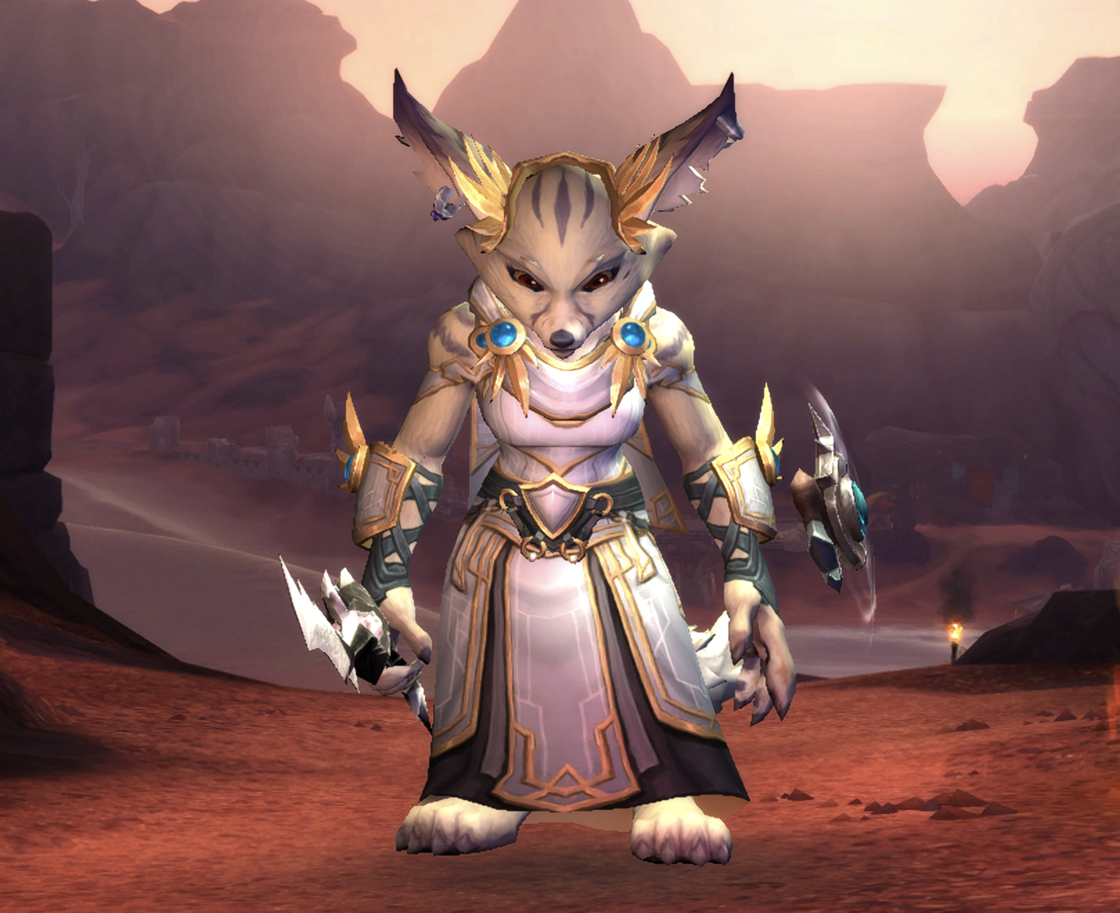 In 2012, Maria was hired at Blizzard. She packed up her belongings and moved from Estonia, a relatively small country in Eastern Europe, to Ireland for her new position.

“When I moved to Ireland, I was still pretty closeted,” she said. “It wasn’t just about the industry or the places I worked, it was about the country I came from. Estonia is a Batlic country, it’s not technically Eastern European but we have some of the same issues as other countries where homophobia and bias is pretty common. I saw the biases at home, I lost some friends when I came out which really hurt me, so when I moved, I still wasn’t comfortable sharing my identity.”

The issues LGBTQIA+ people face around the world are numerous. Some countries have much more open expressions of personal identity, some countries have homophobia written into law with draconian punishments. But every country has homophobic people, some just have more than others. Over time, attitudes are changing but problems persist. The gaming industry, Riot included, has had our share of issues over the years.

“It was a childhood dream to work there, but it was a mixed experience,” she said. “I certainly don’t regret it, I met so many amazing people there but I also saw the downsides of the gaming industry.”

A lot of things have changed since 2012 in both gaming and in society at large, but plenty of work still needs to be done to make the world a better place for LGBTQIA+ people and other marginalized communities.

Inclusion and representation is important and when it’s good, it’s felt.

“When I was working for Apple, I saw that it could be different,” Maria said. “You can be open about who you are, about your partners. I can say ‘my girlfriend’ and people don’t jump out of their chairs. That’s why I wanted to work for them because I heard that at Apple, diversity and inclusion aren’t just words, they are actually what they do. The whole culture revolves around it. And when I was working there, I felt it. I was friends with people of all genders and a lot of different sexual identities.” 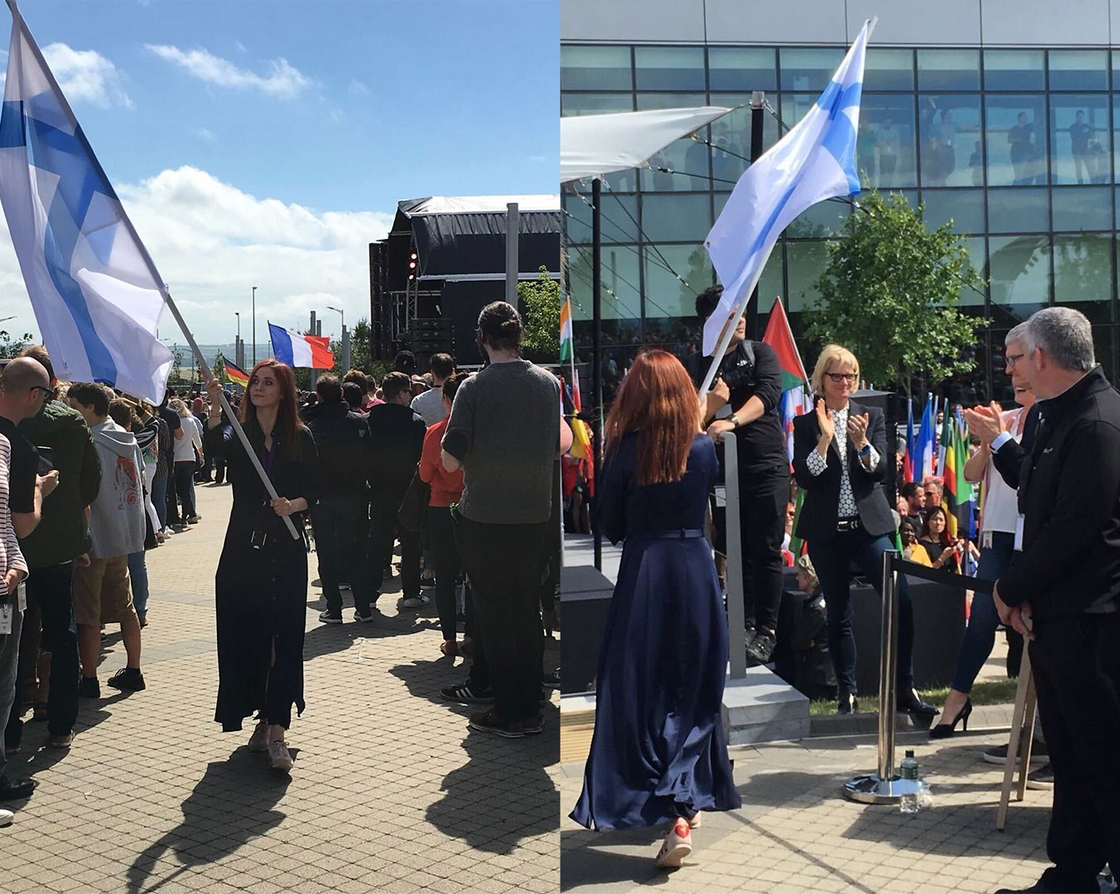 Maria worked at Apple for nearly seven years. She helped develop processes and lead projects working her way up to Channel Service Support Advisor and receiving the AppleCare Excellence award in 2019 as a top performer. Shortly before getting a job at Riot she completed a Global Project for her department. At the same time, she saw, and felt, how a company could be accepting of everyone allowing them to be their true selves at work.

“There are several aspects of being a diverse and inclusive company,” Maria explained. “One is pretty easy, creating clubs and initiatives, most companies have those now. What I saw at Apple was the next level, I saw people changing because of the culture. People who didn’t know anything about the community, weren’t allies, people who may even have been biased. But they were changing because of how accepting everyone else around them was.”

Hiring people from LGBTQIA+ communities is massively important. But at the end of the day, in a company with thousands of employees, most people won’t be part of an LGBTQIA+ community. That’s where allyship comes in.

“Sometimes, if you have a small community within the company, it’s like preaching to the choir,” Maria continued. “But the people outside the community, they don’t know that those initiatives even exist. Apple was more organic, built so everyone can become an ally. That’s what was different, seeing people who are not part of the community wanting to be active allies, to talk about the issues, and not being afraid to advocate for LGBTQIA+ people.”

Company culture is a hard thing to fully encapsulate. But this is what company culture is, and should be. It’s uplifting the people around you, especially ones from marginalized communities. It’s supporting each other. And it’s learning from each other’s experiences in an open and inclusive fashion. Culture can vary by company, by office, or even by team.

At Riot, we’re focused on our culture too. Our ethos of putting players first has been the driver of our company for over a decade. But our culture is continuing to evolve as we grow, as we learn, and as we bring on tons of new voices, like Maria’s.

“After my first experience, I wasn’t sure if I would ever come back to the gaming industry,” Maria said. “I was a bit anxious to go back with the news that was circulating, the things that I’d heard, and the things I experienced myself. But I heard from my friends that Riot was actually a great place to work, and even though I was a bit scared, a bit anxious, I decided to give it a chance, and now I’m here.”

Maria joined Riot in March, 2022. While she’s only been here a few months, she’s already getting involved.

“The first thing I did after joining Riot was reaching out to the Diversity and Inclusion manager and so I could participate in D&I activities right away,” Maria said. “When our Pride activations began, I was part of strike teams to put them together. It felt amazing to be able to connect with other Rioters from different offices and work together and I love how easy it was for me to get involved.”

At Riot, Pride was a global event that saw our offices around the world put on activations, create resources, and get together to celebrate. But even though 2022 was our biggest Pride celebration yet, we still have work to do.

“Riot still has work to do in terms of allyship,” Maria said. “People who are not part of a LGBTQIA+ community are not exposed to it as much, especially if nobody from their teams is involved in the D&I activities or is a member of the community. I feel like there are a lot of opportunities in terms of creating new allies for LGBTQIA+ and other underrepresented groups.”

Changing company culture doesn’t happen overnight, it’s a steady push to always be better. But it’s a push that needs to be made, and needs to come from every office, every team, and every Rioter.