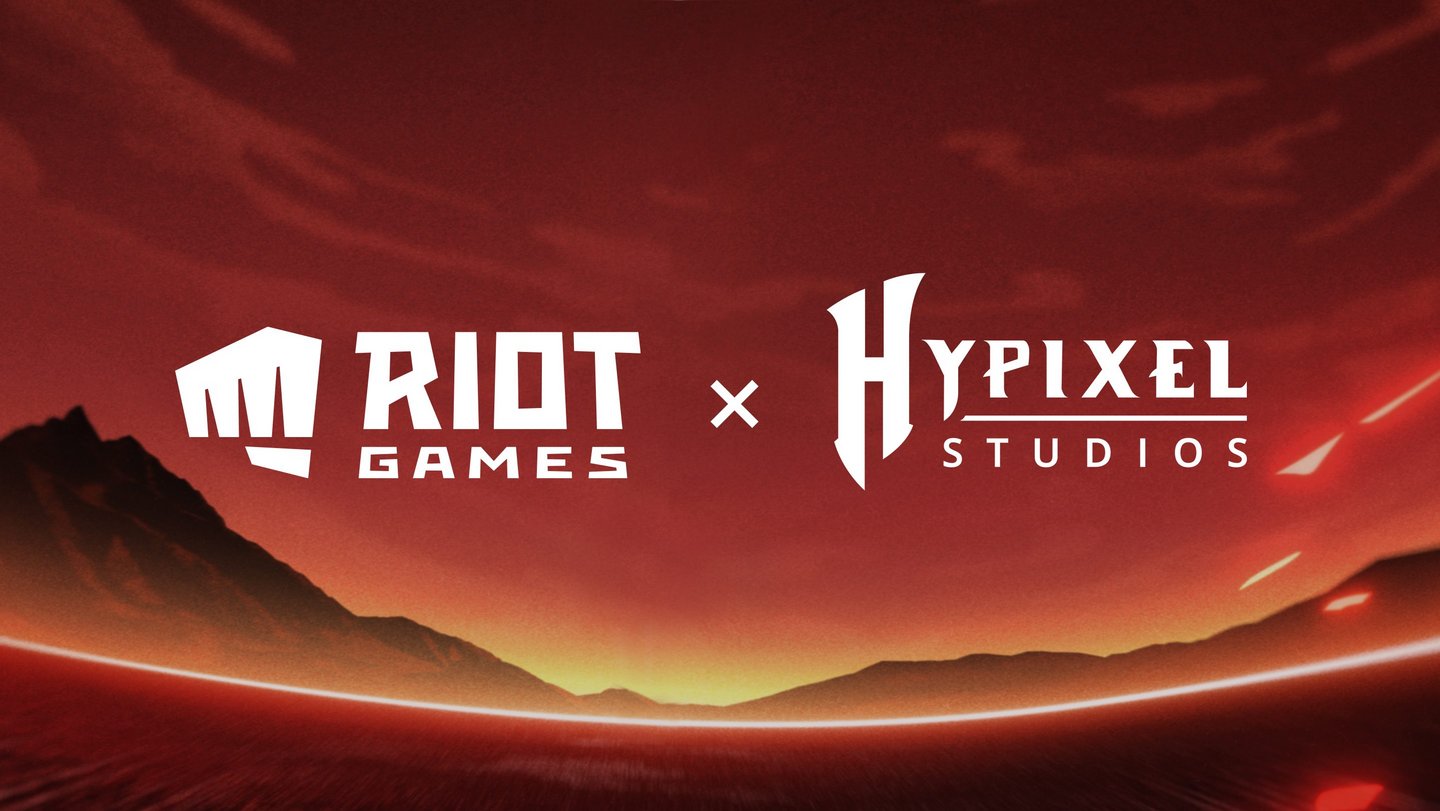 April 16, 2020 -- LOS ANGELES AND DERRY~LONDONDERRY, NORTHERN IRELAND -- Riot Games, the game developer and publisher best known for League of Legends, today completed its acquisition of Hypixel Studios. Founded in 2018 with support from an advisory group of angel investors, including Riot Games, Hypixel Studios is currently developing Hytale, a community-powered block game that combines the scope of a creative sandbox with the depth of a roleplaying game.

The acquisition follows a monumental launch for Hypixel Studios that began with the announcement of its debut title, Hytale, which has amassed over 2.5 million sign-ups for its beta and millions of views on YouTube for its trailer. In November, Hypixel Studios announced that it is planning for Hytale to be playable by everyone in 2021.

“We’ve known the team behind Hypixel Studios for several years, and from the start they’ve been the kind of visionaries that we aspire to support; a passionate studio committed to delivering a groundbreaking, genre-defining experience for players,” said Dylan Jadeja, President of Riot Games. “Over the last 18 months, we’ve been fortunate to advise Hypixel Studios as they build toward their vision for evolving a game genre that reaches an incredibly diverse range of players around the globe. Now, as they prepare to enter the next chapter, we’re thrilled to take our partnership to the next level through this acquisition. We look forward to supporting Hypixel Studios’ journey through the development process, helping them grow, and learning from them as well.”

“We’ve been blown away by players’ response to Hytale, and Riot is the right partner to help us deliver a game that can live up to players’ expectations,” said Aaron ‘Noxy’ Donaghey, the newly appointed CEO of Hypixel Studios. “Since our first meetings with Riot leadership long before their initial investment, we’ve found in Riot a partner with a similar commitment to empowering players. As development kicks into high gear, we’ll benefit from Riot’s resources, expertise, and experience while maintaining the operational independence that has enabled our success so far.”

This acquisition represents the expansion of a long-standing relationship, with Hypixel Studios gaining access to Riot Games’ experience in developing and publishing acclaimed, player-focused games.

“Our investment criteria is ultimately pretty simple: we look for authentic game makers striving to improve player experience,” said Brian Cho, Head of Corporate and Business Development at Riot Games. “When we led the investment in the Hypixel Studios team two years ago, we saw a group deeply immersed in existing block games who believed that the genre could better serve its community. This acquisition will bring our collaborative efforts with Noxy and the Hypixel team even closer together, and we can't wait to see how their work continues to evolve.”

“Riot’s been an important partner from the start and this is a natural next step in our relationship,” said Simon Collins-Laflamme, Co-founder of Hypixel Studios. “It’ll help the studio take another leap forward in our journey from mod team to professional developers, and allows the team to realize our vision for Hytale.”

Hypixel Studios will retain its current structure while also establishing a permanent office in Derry~Londonderry, Northern Ireland. The new office will act as a base for back-office functions and quality assurance. Hypixel Studios is hiring 20 new positions in these areas, with further growth expected as the development of Hytale progresses.

Founded in 2018, Hypixel Studios is a team of more than 40 developers. Hytale is the studio's first project. The company’s goal is to apply years of collective experience in the modding and minigame server scenes to independent game development, providing community-oriented games that meet the needs of players and content creators alike.

As League enters its second decade, Riot continues to evolve the game while delivering new experiences to players with Legends of Runeterra, VALORANT, Teamfight Tactics, League of Legends: Wild Rift, and multiple work-in-progress titles. Riot is also building the world of Runeterra through multimedia projects across music, comic books, board games, and the upcoming animated series Arcane.

Founded by Brandon Beck and Marc Merrill, and led by CEO Nicolo Laurent, Riot is headquartered in Los Angeles, California, and has 2,500+ Rioters in 20+ offices worldwide.

Embark on a journey of adventure and creativity! Hytale combines the scope of a sandbox with the depth of a roleplaying game, immersing players in a procedurally generated world where teetering towers and deep dungeons promise rich rewards. Designed with creative players in mind, Hytale’s engine supports everything from block-by-block castle construction to scripting and customization delivered using easy to use and powerful tools.